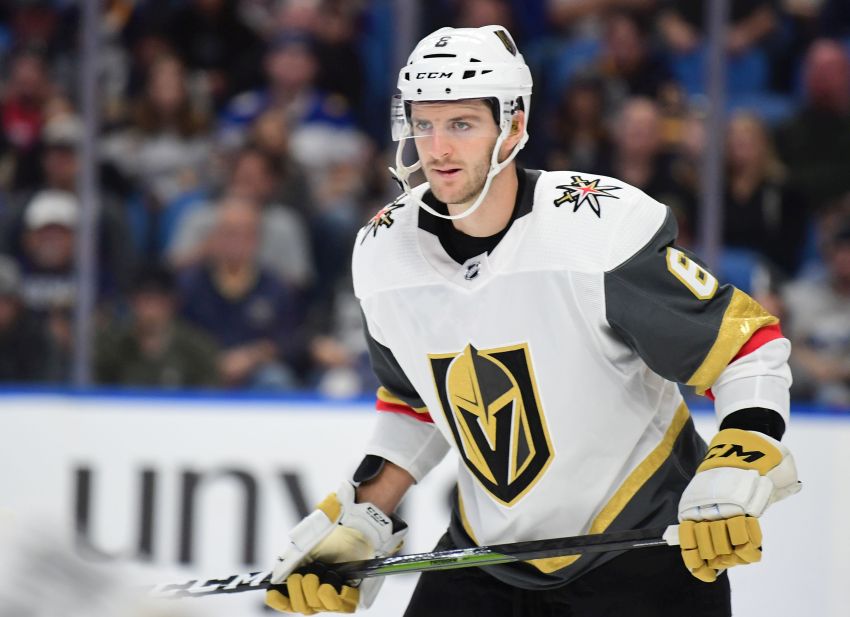 Right-shot defenseman are coveted by NHL teams. The Sabres now possess five of them, a high number they must trim to create more balance on their defense pairs.

Sabres defenseman Rasmus Ristolainen, of course, is a righty. After six seasons of losing in Buffalo, a change of scenery might benefit the Finn.

There has long been a belief Ristolainen would be much more effective if he played fewer minutes and was put in better situations.

For Miller, barely a year removed from a career-best campaign, Botterill dished a second-round pick in 2021 and a fifth-round selection in 2022.

The Golden Knights have been shedding salaries to get under the salary cap, and Botterill was happy to help out. On Thursday, they dealt center Erik Haula to the Carolina Hurricanes.

Miller has three years left on a contract that carries a $3.875 million salary and cap hit.

Like a lot of other Golden Knights, Miller enjoyed a huge season in 2017-18, compiling 10 goals and 41 points in 82 contests. He scored three goals and seven points during their run to the Stanley Cup final.

He spent two seasons with the Boston Bruins before Vegas claimed him in the expansion draft in 2017.

In his two years as GM, Botterill has shown a penchant for overhauling the Sabres through trades instead of signings. Remember, free agency starts Monday.

Friday’s deal could just be the start for the Sabres, who have missed the playoffs eight straight seasons, the NHL’s longest streak.

In February, Botterill also acquired Brandon Montour, one of the Sabres’ right-handed defensemen.

So Botterill likely has room to add more players from teams scrambling to get under the cap.