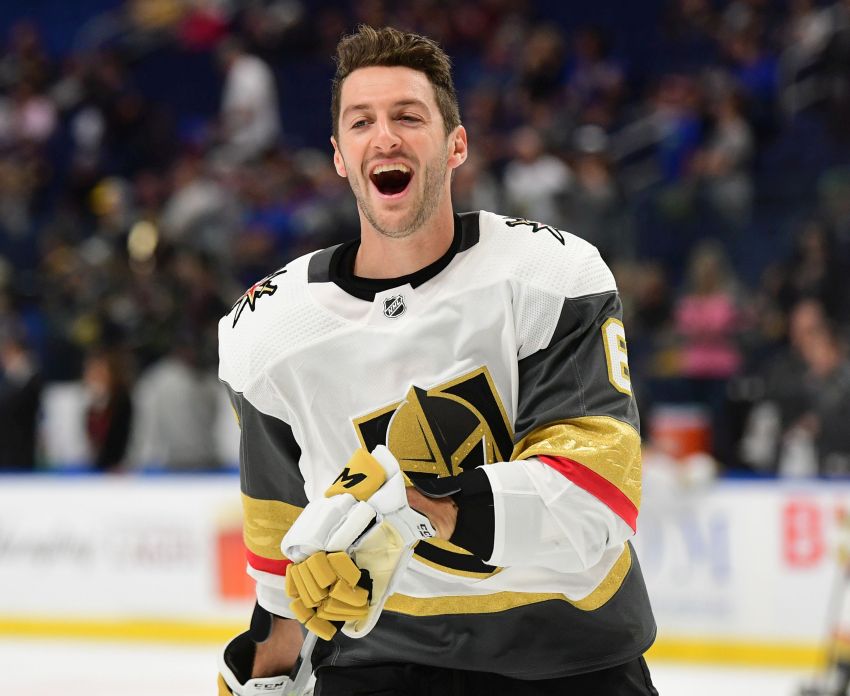 Having inked a such a team-friendly deal – it has just a $3.875 million salary cap hit – Miller, 26, figured he was in Vegas’ long-term plans.

But the Golden Knights’ early success has created cap problems this offseason. They’ve been forced to deal some of their core players from the remarkable 2017-18 club.

“Mixed feelings,” Miller said of the trade on a conference call this morning. “I think we had something really special going on there in Vegas and they’re going to have a great team moving forward. Turning around, it’s going to be great. It’s going to be a great opportunity.

“Seeing what Buffalo did last year through a healthy stretch of the season was very encouraging obviously for the city of Buffalo and the team. (I’m) just excited to hopefully take on a little bit more of a role than I had in Vegas. …

Of course, the cap problems meant some Golden Knights have experienced “a bit of an uneasy feeling,” Miller said.

Check back later for more on Miller!