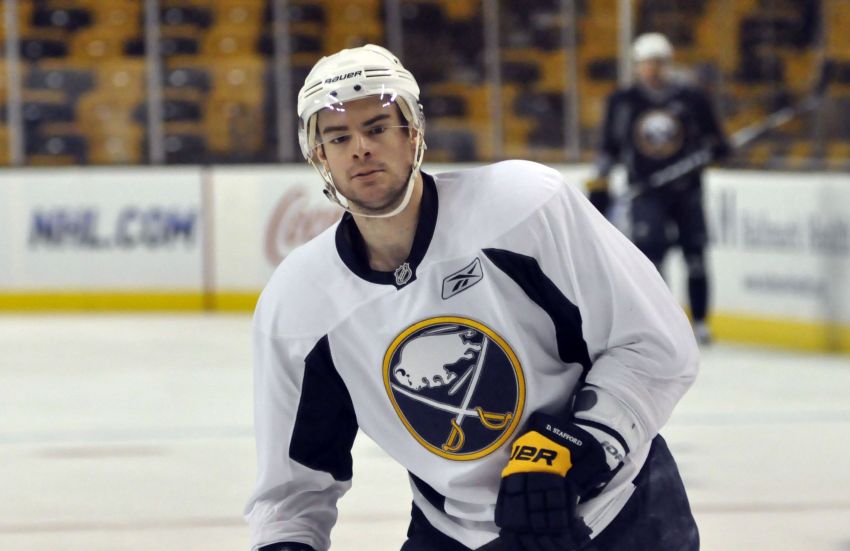 BUFFALO – Buckle up, Sabres fans. You could be watching a lot of intense, high-stakes hockey very soon.

If the NHL and the Players’ Association reach a new collective bargaining agreement by next Friday’s deadline, the league will most likely begin a shortened 48-game schedule against conference opponents Jan. 19.

Sure, losing 34 contests from the normal 82-game slate may be disappointing. But the increased importance of each game could make for some wildly entertaining affairs.

Former Sabres who participated in the NHL’s only 48-game slate following the 1994-95 lockout remember the crazy pace the condensed schedule created.

“It got fast and furious quick because you only had so many games,” center Derek Plante said.

“You can’t afford losses, you can’t afford to go into a losing streak,” Muni said. “You don’t have that many games to recover (to make) the playoffs. … So it was fun but it was a real hectic season at the same time.”

Recent editions of the Sabres have struggled long into the winter. They stood 19-24-5 and in 14th place in the Eastern Conference after their 48th game last season, nine points out of a playoff spot. They were 22-21-5 and in 10th place following their 48th contest two years ago, six points out.

Another poor start or even a short slump could doom them.

Current players know they’ll have little margin for error during a shortened season.

“It’ll be a sprint. There’s no if ands or buts about it,” Sabres forward Matt Ellis said. “It’s going to be jump right into it and nose to the grindstone with not a whole lot of down time. Get right after it.

“There’s no time to have a bad stretch of hockey. You need to be ready, and I know judging from the guys here and the attitude in the locker room, we’re going to do our best to be ready when the puck drops.”

Sabres winger Drew Stafford said 48 games would be a “grind” and an “absolute battle.”

“Every game is going to be super important,” Stafford said. “I mean, obviously in an 82-game season every game’s important. But it seems like there’s a lot more ups and downs. Teams might come out of the gates really hot, then kind of putter out at the end. But (with 48 games), you don’t have an opportunity to putter out at all. …

“If you fall behind early, it’s obviously going to be that much harder to make up ground. So I think it’s going to be extremely intense.”

Despite that extra intensity 18 years ago, Muni said the season was actually easier on his 32-year-old body.

“It was better for me than having the wear and tear of 80-some games and the playoffs on top of that,” said Muni, who played 40 games.

Other Sabres veterans couldn’t avoid injuries, however. Dale Hawerchuk played only 23 games. Pat LaFontaine was recovering from a knee injury and made just 22 appearances.

“The condensed schedule, the intensity of it, you’re playing in three games in four nights and you’re doing it every week or multiple times a month, it’s the wear and tear,” Muni said. “You get a little injury, there’s no time to heal or no time to recover from it. So what starts off as a minor injury becomes a major injury and you’re out for long periods of time.”

The 1994-95 Sabres, a high-priced, veteran club featuring a stunning array of stars – they had goalies Grant Fuhr (briefly) and Dominik Hasek and scoring stud Alexander Mogilny in addition to Hawerchuk and LaFontaine, two future Hall of Fame centers – played decently, going 22-19-7 before Philadelphia quickly ousted them in the first round.

But the team was broken up after the season and the Sabres began rebuilding.

What happens if the current team experiences another run of injuries? The Sabres blamed last season’s ninth-place finish on their inability to consistently field a regular lineup.

Check back in early May, when the regular season would likely end.

In the meantime, Stafford’s ready to play any schedule.