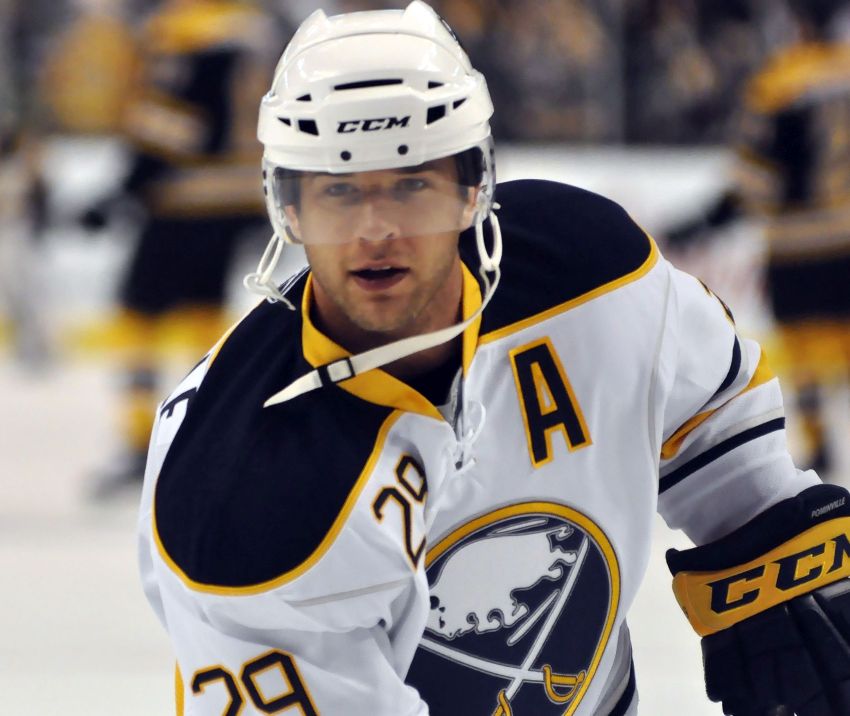 NEW YORK – When the NHL announced more than 10 years ago it planned to stage an outdoor game in Buffalo, the novel idea the league named the “Winter Classic” was met with some skepticism, including from one of the Sabres’ marquee names.

“Originally, (I was) probably like, ‘I don’t want to play outside,’” former Sabres defenseman Brian Campbell told the Times Herald by phone Friday.

NHL players are creatures of habit. They don’t like leaving their element. Going outdoors would be a major change.

Campbell, of course, knew playing the Pittsburgh Penguins on New Year’s Day at Ralph Wilson Stadium could be fun. Still, the NHL All-Star wondered about the weather, the ice and how the unique experience would affect his play.

That first Winter Classic on Jan. 1, 2008 quickly became part of hockey lore. It started snowing early and rarely let up, creating an iconic scene for the record-setting crowd of 71,217 fans and millions more watching on NBC and CBC.

When the game went to a shootout, superstar Sidney Crosby beat Sabres goalie Ryan Miller to secure the Penguins’ 2-1 triumph.

“Everything kind of happened where it was the perfect scenario: snowy day, (71,000) people there … unbelievable atmosphere,” Sabres winger Jason Pominville said earlier this month. “It was perfect for players, for fans, for TV. Like, everything was perfect.

“And then to top it, (the) best player in the world goes against the best goalie in the game in the shootout. They couldn’t have asked for a better scenario.”

On Monday, New Year’s Day, the Sabres will play again on the 10th anniversary of the Winter Classic against the New York Rangers at Citi Field. That first game in Orchard Park has spawned clones throughout many levels of hockey across North America, Europe and even within the NHL, which now stages outdoor games on other dates.

But what would’ve happened if that first Winter Classic turned out to be a dud? What if it rained or snowed so much it had to be postponed or canceled? What if the NHL put the game somewhere else and received a tepid response?

Despite record ticket sales, Campbell said the first Winter Classic had “no buzz.”

“My feeling – and I’m sure it was the NHL’s feeling – is we’re not going to sink too much money into advertising and everything else because what if it’s terrible?” he said. “So for us, it was just kind of see how this thing works and go from there.”

Campbell remembers arriving at the game and learning merchandise had been produced.

A year later, Campbell played in the second Winter Classic with the Chicago Blackhawks against the Detroit Red Wings at Wrigley Field.

“Like months in advance they’re selling memorabilia, you can go buy this, pucks and everything else,” Campbell said.

These days, the Winter Classic is a cash cow and arguably the most hyped regular-season game among the four major sports. It’s easy to forget it’s just one of 82 contests potentially worth two points.

“It’s been such a spectacle,” Campbell said.

For the last several years, a television series – this year it’s “Road to the Winter Classic” – has documented the teams in the weeks leading up to the tilt.

Campbell, who retired after last season, played in three Winter Classics, and while the others were fun, they can’t compare to 2008.

He remembers “mostly snow and more snow” and can still give a detailed account – he needed to make sure the puck was flat – of scoring the Sabres’ only goal.

“(I remember) not knowing what to expect and never seeing it before,” he said of the game. “I think for me, it was definitely an eye-opener, seeing fans with no shirts on and seeing how long it’s going to take the sound to get down to the field, kind of is a lot different than what we’re used to.”

Pominville, who returned to the Sabres on June 30 after five years with the Minnesota Wild, knows 2008 will be tough to top. He’s the only Buffalo player left from the 2007-08 team.

“That first one will be pretty special,” he said, “and hopefully this one will be just as special.”