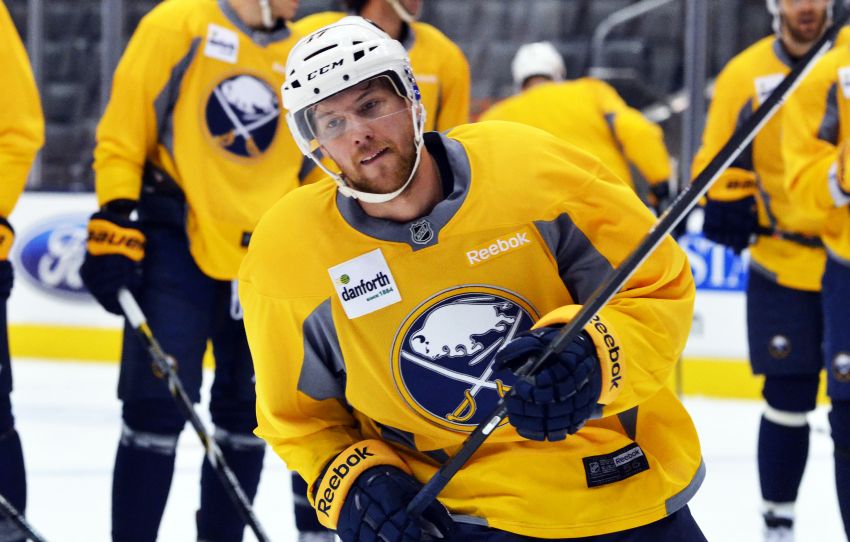 But the interim coach doesn’t want to judge the flashy winger from one game.

“We’ll give him the benefit of the doubt the first time, jet lagged and getting to a new team and having the flu,” Nolan said this afternoon inside the Air Canada Centre after the Sabres prepared for tonight’s game against the Maple Leafs.

Omark, one of four Sabres sidelined by the flu for Monday’s 2-1 overtime win against Phoenix, will return tonight.

“Not too many times you get too many chances,” Nolan said. “He’s a young guy, but he’s got to play with a lot more energy than he did.”

This morning’s skate was Omark’s first “practice” with the Sabres, who acquired the Swede last Thursday from Edmonton.

Omark will skate beside Marcus Foligno and Ville Leino tonight, two others shelved Monday. The other player, defenseman Alexander Sulzer, will be scratched.

Nolan doesn’t plan to change a lot up tonight.

“You just kind of go with what you have before,” said Nolan, whose team has won three of the last four games.

That means Nolan plans to keep using tough guy John Scott on the power play in front of the net.

“A lot of power-play goals, it’s a lot of just shooting at the net, creating screens,” Nolan said.

Nolan said center Cody Hodgson (hand) is “still a little bit away.” He didn’t have an update on forward Kevin Porter.