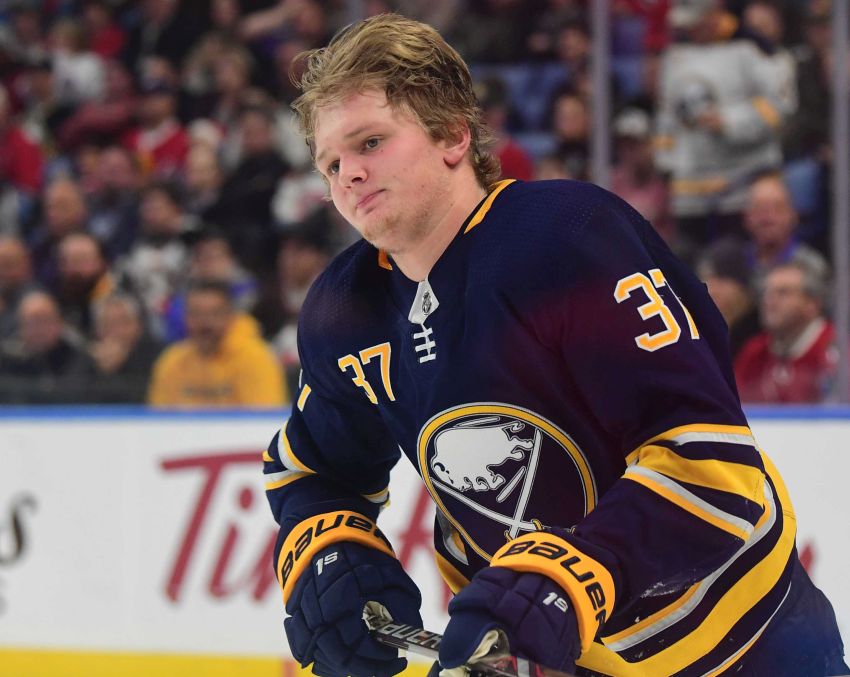 BUFFALO – Defenseman Zach Bogosian, who ranks second on the Sabres in ice time, will return tonight after a lower-body injury sidelined him two games.

To make room, defenseman Matt Hunwick will be scratched against the New York Rangers.

After a sluggish start to their seven-game home stand – the Chicago Blackhawks annihilated them 7-3 on Feb. 1 – the Sabres can close it two games over .500. So far, they’re 3-2-1.

“I credit the players,” Housley said inside KeyBank Center. “If things aren’t going the way you want them to – we’re losing our coverage, we’re giving up goals – (make) some adjustments. The credit goes to them, because they’re paying attention to the detail part of the game without the puck in front of our net. There’s not been a lot of second or third opportunities against us.”

In other lineup news, Sabres goalie Linus Ullmark will start, his 26th appearance this season. Rangers goalie Alexandar Georgiev will oppose him.

The Bulgarian just enjoyed the best outing of his 29-game career Sunday, celebrating his 23rd birthday by stopping 55 shots in a 4-1 home victory over the Toronto Maple Leafs.

One thought on “Sabres’ Zach Bogosian set to return; Casey Mittelstadt out again”