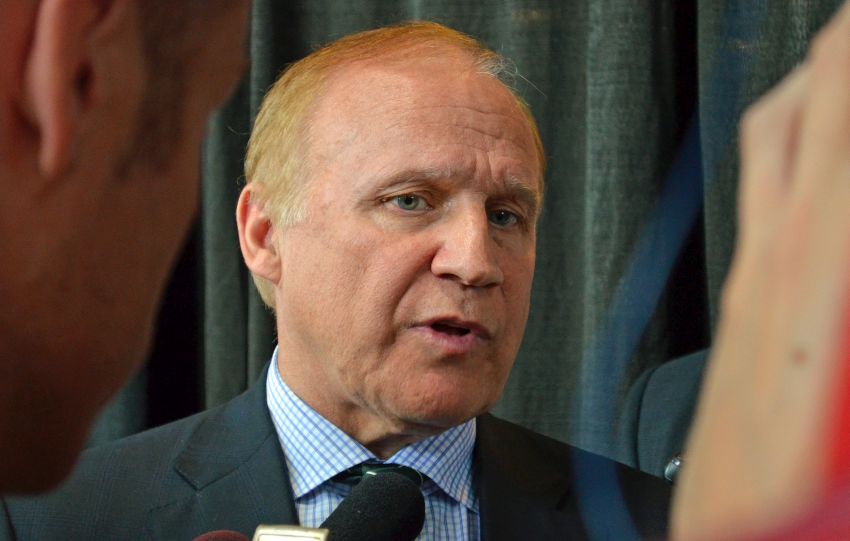 BUFFALO – Before the NHL Scouting Combine could move here, commissioner Gary Bettman told Colin Campbell, one of his top lieutenants, the league had to allow all 30 teams a crack at the event

“We had a lot of interest,” Campbell, the senior executive vice president of NHL Hockey Operations, said this afternoon inside the First Niagara Center.

“Buffalo was heads and tails above everyone else,” Campbell said during a news conference to announce the Sabres and HarborCenter, a $172 million facility that opens in October, will be hosting the combine in 2015 and 2016.

“We want everyone to come through Buffalo, and that’s what we’re building here, on and off the ice,” Sabres president Ted Black said.

The Sabres want the combine, which allows teams to evaluate about 100-draft eligible prospects up close, to help make Buffalo a premier hockey destination. The organization plans to pursue other big-ticket events.

Black said the Sabres have bid on the 2016 NHL Entry Draft and want the All-Star Game someday. The Sabres hosted the game once, in 1978.

“I’d like to because it hasn’t been here in forever, (1978),” Black said about an All-Star Game. “Gilbert Perreault played in it. So I think that’s something we want to do.”

Black also said the Sabres want to pursue the 2016 world junior championship “very aggressively.” The Sabres hosted the event in 2011.

Having HarborCenter, which will give the Sabres the NHL’s only three-ice facility, is an advantage. It helped them grab the combine from Mississauga, a city just outside Toronto.