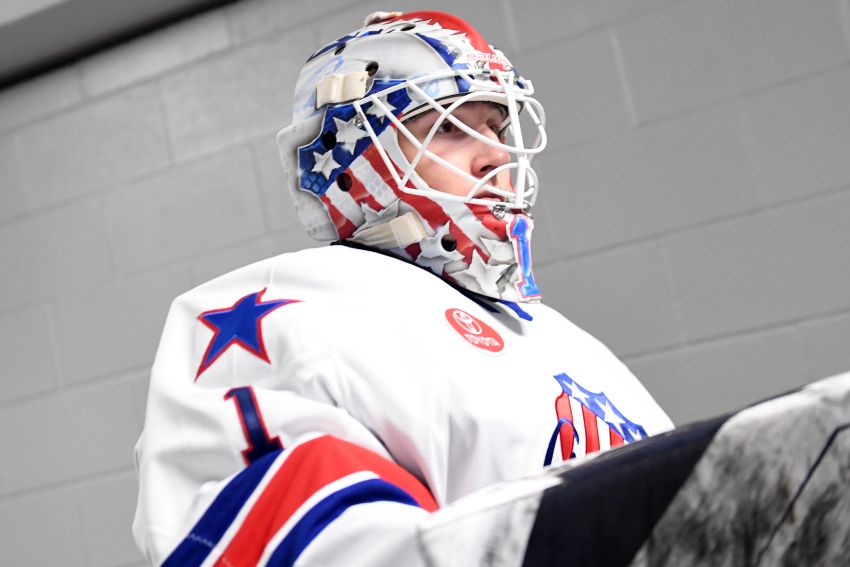 Buffalo Sabres prospect Ukko-Pekka Luukkonen has been named ECHL Goaltender of the Month for November after compiling a 6-2-1-0 record with a 1.88 goals-against average, a .925 save percentage and two shutouts with the Cincinnati Cyclones.

After undergoing hip surgery in late April, the Sabres sent Luukkonen, 20, to the Cyclones last month to begin his pro career.

The Sabres drafted the Finn, the Ontario Hockey League’s MVP and top goalie last season, in the second round in 2017, 54th overall.

In other prospect news, goalie Erik Portillo has been named to Team Sweden’s squad for the upcoming World Junior Championship.

Portillo has compiled a 10-2-1 mark with 2.13 goals-against average and a .910 save percentage in 13 games with the junior United States Hockey League’s Dubuque Fighting Saints this season.

The Sabres drafted Portillo, 19, in the third round this year, 67th overall.