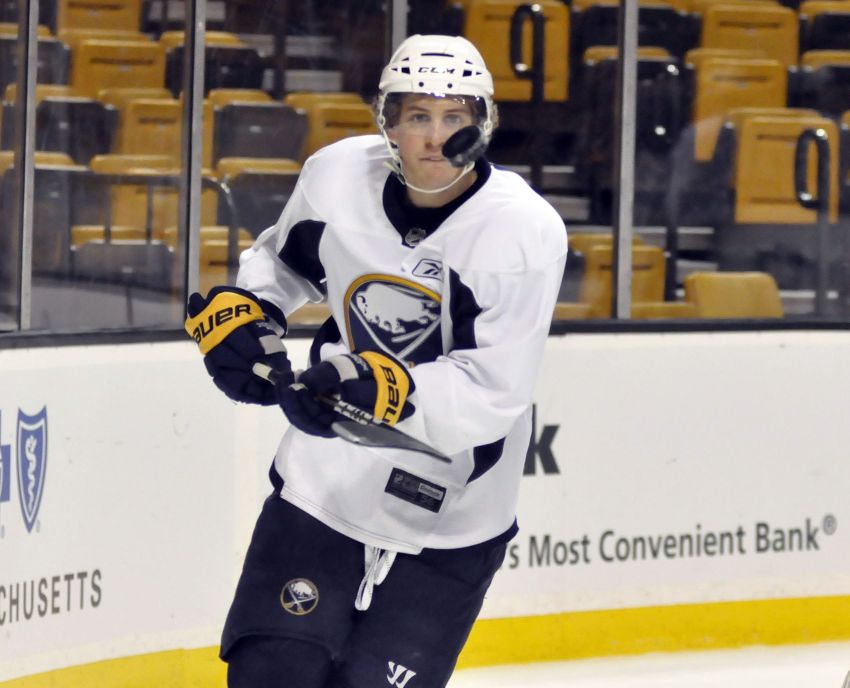 BUFFALO – Lost in the excitement of the Sabres’ 6-2 annihilation of the Pittsburgh Penguins on Sunday afternoon was center Tyler Ennis’ quiet highlight-reel goal.

Stationed low in the slot with 3:17 left in the game, Ennis grabbed Zack Kassian’s pass on the forehand, passed/batted the puck to himself and then knocked it in on his backhand.

“I just tried to spin and get a lane for my stick for Kass to pass to,” Ennis explained Monday. “Kass passed it to me, nice pass. I wanted to bring it to my backhand and it kind of was on its edge. When I went to bring it, it lifted up. Then when it was in the air, I just tried to continue the motion. I saw an empty net. I kind of got excited, so I just tried to bat it in.”

He added: “Initially, I didn’t think it was going to flip up like that. But when it was in the air, I just went with it.”