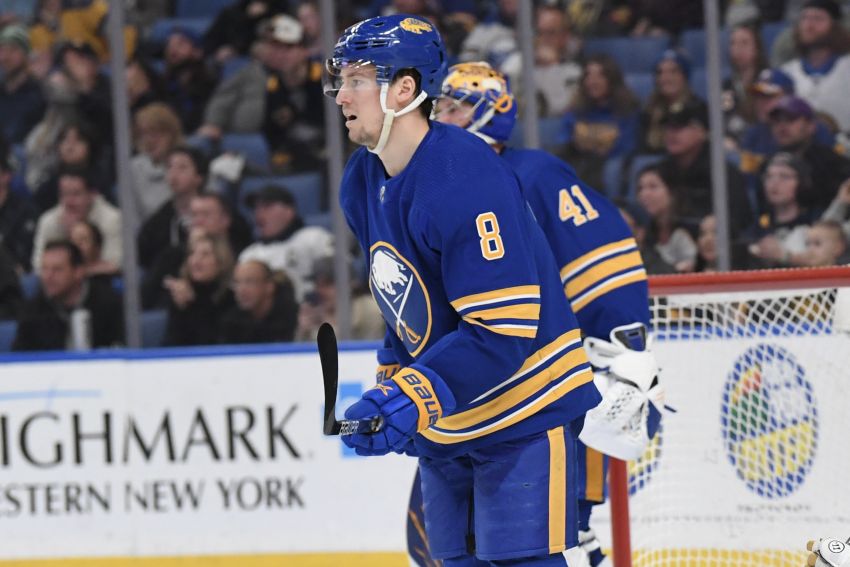 The Buffalo Sabres this afternoon made their first trade prior to Monday’s deadline, sending defenseman Robert Hagg to the Florida Panthers in exchange for a sixth-round draft pick in 2022.

The 6-foot-2, 207-pound Hagg, 27, is in the second season of a two-year, $3.2 million contract and can become an unrestricted free agent this summer.

The Sabres acquired Hagg on July 23 from the Philadelphia Flyers in the Rasmus Ristolainen trade.

The Swede compiled one goal, eight points and a minus-9 rating in 48 games with the Sabres. His 91 blocked shots and 97 hits both rank first on the team.

While Hagg established himself as one of the Sabres’ top penalty killers, he recently lost his regular spot in the lineup as the team turned to younger defensemen.

The Sabres now have 10 picks, including three first-rounders, in this year’s draft.

The Panthers, whose 90 points rank first in the Eastern Conference, have been loading up for a playoff run. In addition to Hagg, they’ve recently acquired forward Claude Giroux and defenseman Ben Chariot.