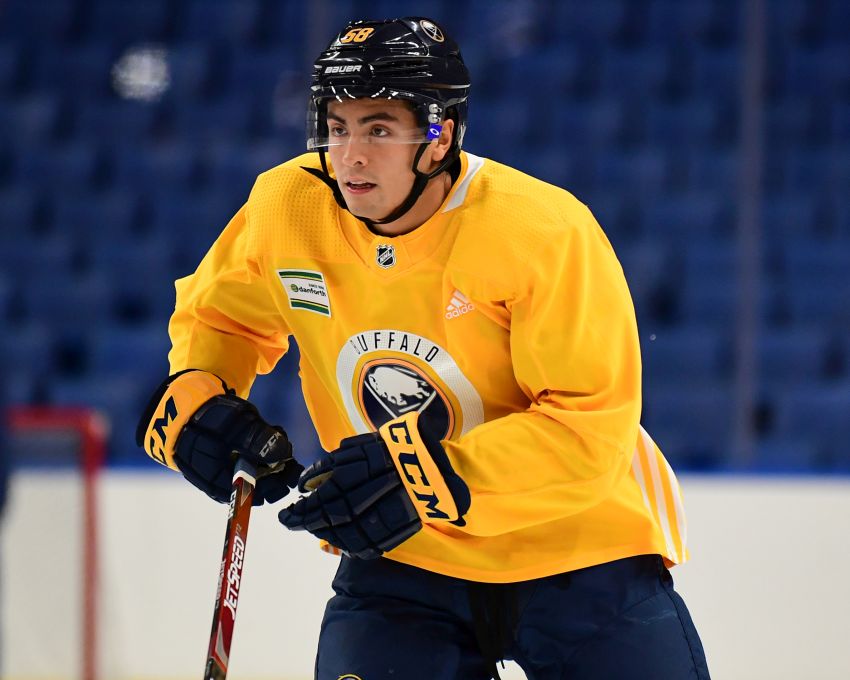 BUFFALO – In the end, instead of recalling a forward or trading for one, the Sabres will simply utilize defenseman John Gilmour as a winger.

So for the first time since he was 15 or 16, Gilmour will skate up front tonight against the Minnesota Wild. He could also move back to the blue line, Sabres coach Ralph Krueger said.

Krueger, who has five injured forwards, said Monday the Sabres could dress seven defensemen and 11 forwards.

The other option most likely would’ve been recalling someone from the Rochester Americans. The AHL club, however, only has two healthy forwards on NHL contracts: Jean-Sebastien Dea and Andrew Oglevie.

It has been a long time since the Sabres went 7-11. About 10 years ago, former coach Lindy Ruff would occasionally move Steve Montador or Andrej Sekera up front.

In the meantime, Gilmour, 26, will play only his fourth game this season. The Providence College product has patiently waited for his opportunities.

Gilmour said he played forward for a team one season in midget hockey.

The Sabres, who have lost lost seven of the last eight games, will make one change among their skaters, benching defenseman Marco Scandella for Colin Miller, a healthy scratch the last three games.

Sabres goalie Linus Ullmark will start, his ninth nod this season. Alex Stalock will oppose him.