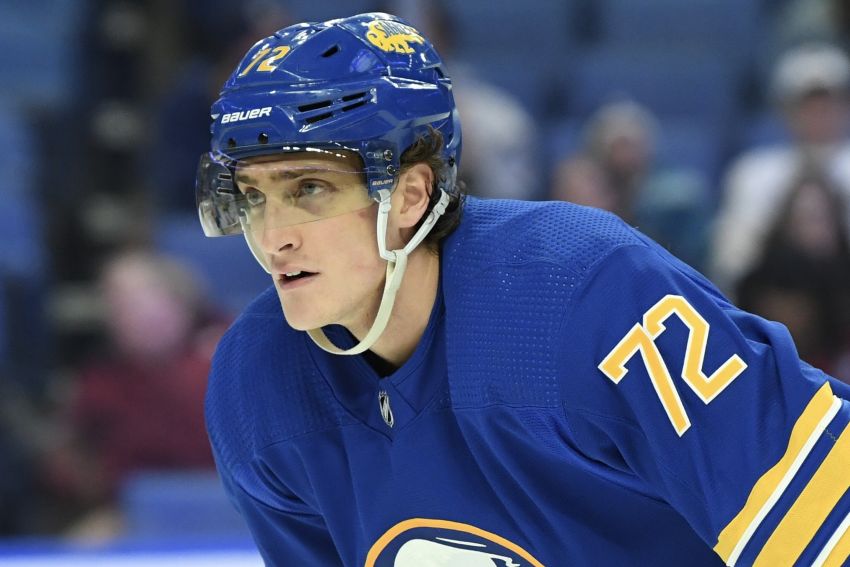 To make room for Thompson, Granato said winger Zemgus Girgensons, who has been dealing with a nagging issue, will be scratched.

Thompson has compiled a career-high 12 goals, a total that led the Sabres when he left the lineup, and 23 points in 34 games this season.

“We’ll come back tomorrow and see what his timetable is and how he feels,” Granato said on a Zoom call. “I was excited about the last game.”

Granato did not reveal tonight’s starting goalie because he hadn’t informed him yet. Aaron Dell earned his first win for the Sabres in Thursday’s 4-1 victory over the Nashville Predators.