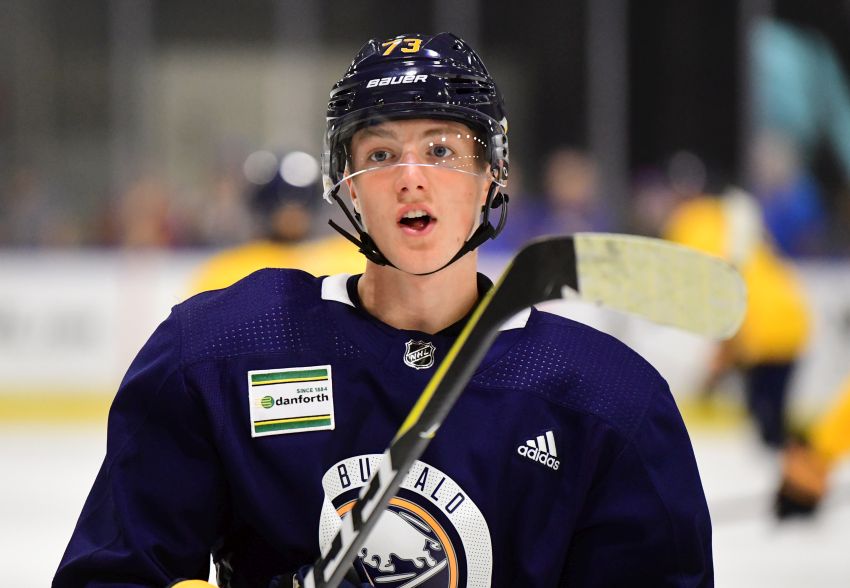 Matej Pekar has gotten off to a fast start in Barrie. ©2018, Hickling Images

Just 10 games with the Ontario Hockey League’s Barrie Colts was enough to convince the Buffalo Sabres center Matej Pekar has a future in pro hockey.

The Sabres have signed Pekar to a three-year, entry-level contract, the team announced today. They drafted the Czech in the fourth-round earlier this year, 94th overall.

The OHL rookie has already compiled six goals and 11 points this season.

Pekar originally planned to return to the junior United States Hockey League, where he earned top rookie honors in 2017-18, this year. But a visit to Barrie, which selected the Czech in the Canadian Hockey League Import Draft, helped him change his mind.

Pekar, 18, has quickly developed a reputation as an agitator, getting underneath the opponent’s skin.