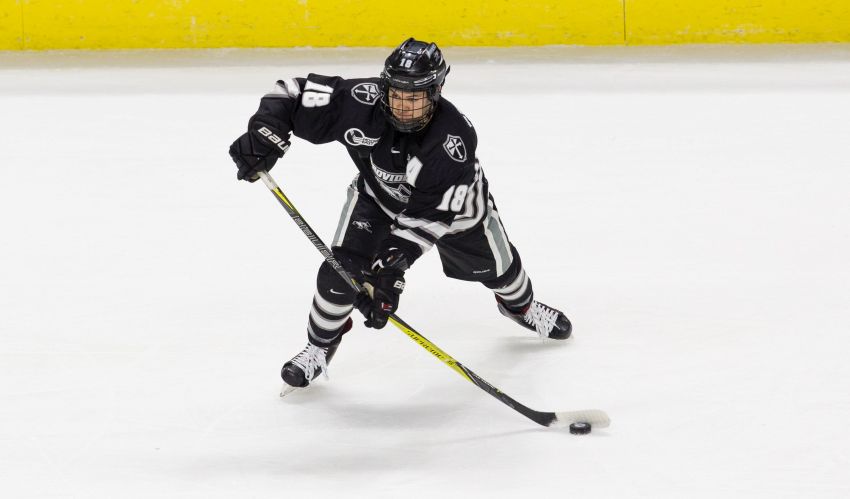 Less than a week after Jacob Bryson’s college career ended in Buffalo, the Sabres have signed the defense prospect to a three-year, entry-level contract, the team announced today.

Bryson, who spent three years at Providence College, will play the rest of this season with the Rochester Americans on an amateur tryout. His deal will kick in next year.

The 5-foot-9, 187-pound Bryson recorded four goals and a career-high 28 points in 42 games as a junior and was named a Hockey East Second Team All-Star. He also captained the Friars this season.

The Sabres drafted Bryson in the fourth round in 2017, 99th overall.