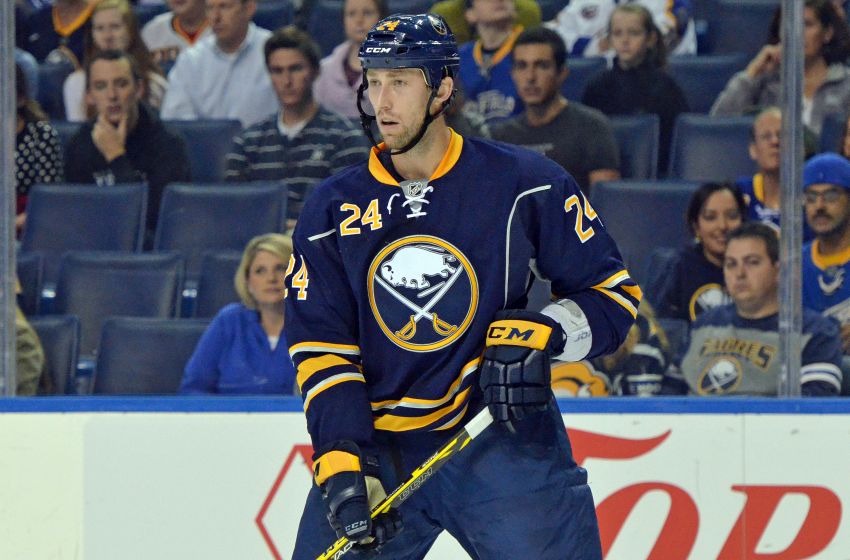 BUFFALO – As players trickled off the ice today following practice, Sabres defenseman Rasmus Ristolainen suddenly bolted down the hallway holding his nose and went to the trainer’s room.

It’s a good thing, because the Sabres are running low on defensemen. They practiced today with only five healthy ones. Tyson Strachan and Mike Weber both missed the session inside the First Niagara Center. Both, however, are strong possibilities for Tuesday’s tilt against Los Angeles, Nolan said.

Strachan missed Saturday’s 3-2 loss in Florida. He skated on his own this morning. Weber needs to be examined.

Meanwhile, defenseman Andrej Meszaros (possible concussion) practiced in a non-contact role today. He has no timetable for a return.

Nolan said goalie Jhonas Enroth will likely start against the Kings, his seventh nod in the last eight games.

The Sabres spent much of today’s session working on their NHL-worst power play, which has only converted 6.6 percent of its opportunities.