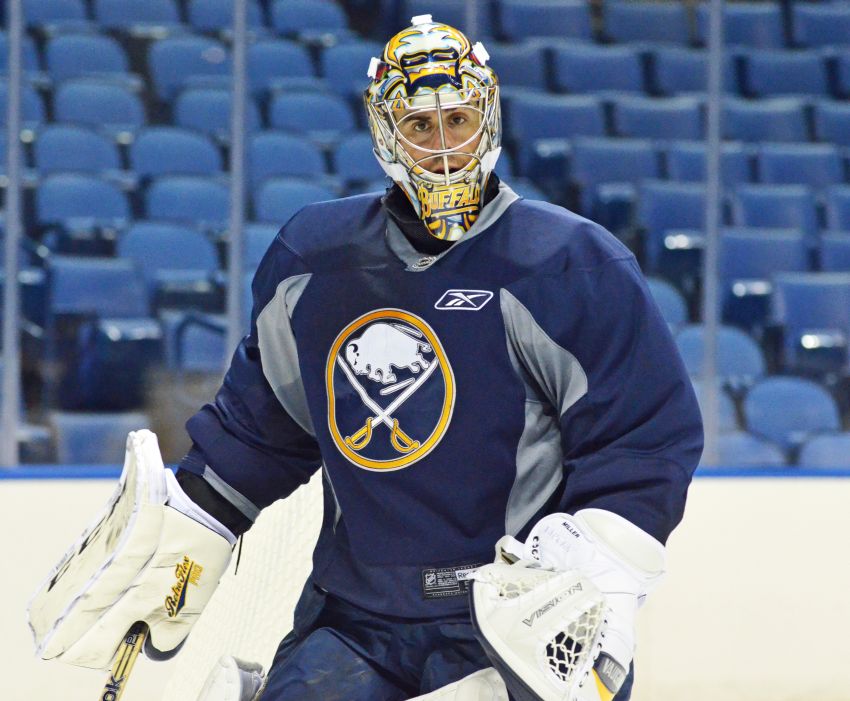 BUFFALO – By Ryan Miller’s count, 20 to 25 members of his family have attended Michigan State University. Ten alone, including Miller, have played hockey for the Spartans.

“It’s been an important part of all of our lives,” the Sabres goalie said about the school this afternoon after practicing inside the First Niagara Center.

That’s why Miller, a legend around his native East Lansing, called his induction into the Spartans’ Hall of Fame on Thursday a “pretty amazing experience.”

“Michigan State has meant so much to our family,” Miller said. “My grandfather came down in 1950 to school there, and every decade after that a member of our family’s been there going to school. A lot of hockey players through there. (I grew) up going to football games, hockey games, wearing green and white, learning the fight song before I could speak probably.”

Fittingly, Miller was inducted with his cousin, Kip Miller, a former NHL player.

“Just another part of my life where I’m just kind of like, ‘Wow, that’s really cool that got to happen,’” Ryan Miller said.

Kip and his brothers Kelly and Kevin all played for the Spartans before cracking the NHL.

Miller, whose father, brother and grandfather also skated for the program, enjoyed a storied NCAA career, winning the Hobey Baker Award in 2000-01. He posted goals-against averages of 1.36, 1.32 and 1.77 during his three seasons before signing with the Sabres in 2002.

The 33-year-old said he became emotional during his brief remarks.

“(I’m) just trying to take it in stride as we enter another season here,” Miller said. “I’m still playing. It feels a little surreal to be entered into a hall of fame.”

“He said everything,” Miller said. “He had some great things to say, and really made a lot of us think when he was talking about what it means to respect where you came from and respect your education and go to an institution like Michigan State.”