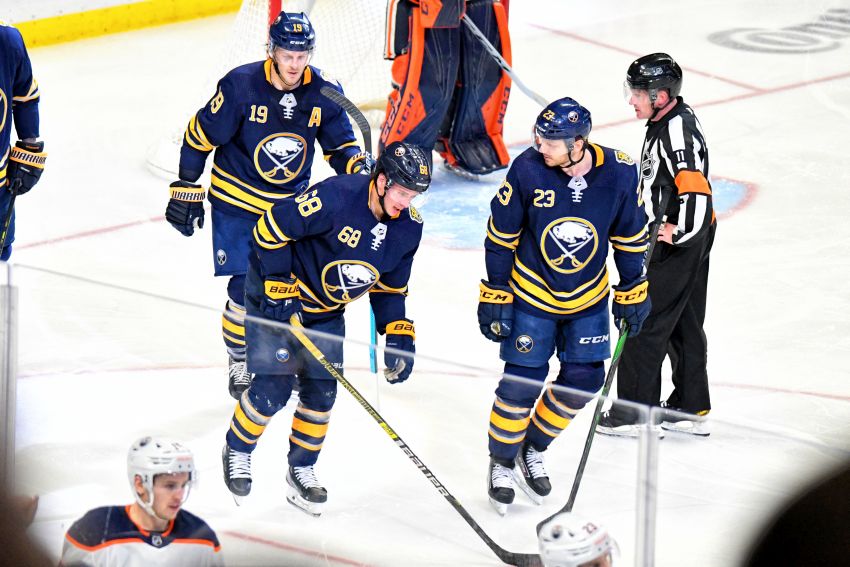 His loss is a massive blow to a team fighting for a playoff spot. He ranks second in goals and points on the Sabres, trailing only captain Jack Eichel, his center.

Olofsson has scored 14 goals and 35 points in 42 games this season. He has been a threat from the get-go, utilizing his wicked shot to score goals from the circles.

The Swede, 24, left Thursday’s 3-2 overtime win against the Edmonton Oilers early in the third period after passing the puck to defenseman Zach Bogosian seconds before linemate’s Sam Reinhart’s tying goal.

He appeared to get one of his skates caught in the ice.

Rookie Rasmus Asplund subbed for Olofsson at left wing beside Eichel and Reinhart late in the game.