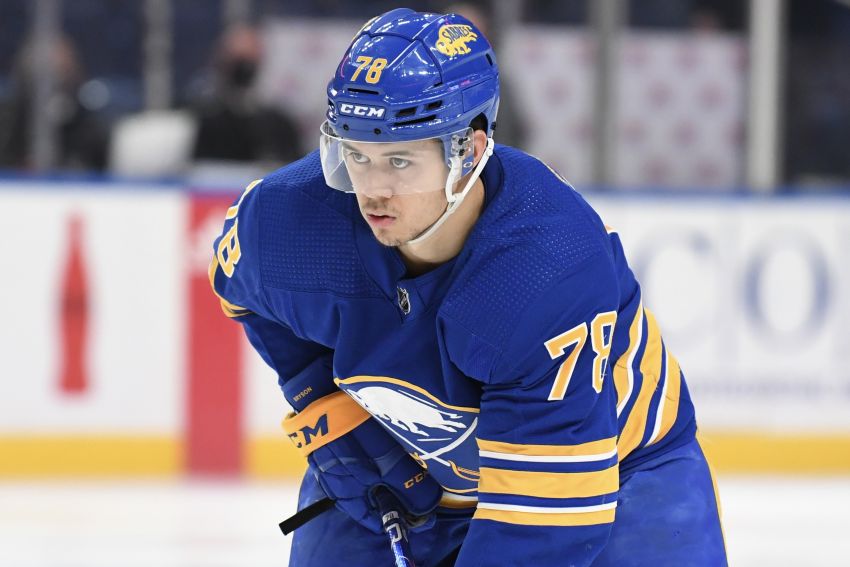 Henri Jokiharju, who was held out of Tuesday’s practice as the team awaited test results, skated in Wednesday’s session, giving the Sabres a full defense corps.

“It was a relief on many fronts, just even to run a better practice with six full D,” Granato said of no one entering protocol. “But … they go into protocol, you’re nervous for them for health reasons and the hockey side.”

So the Sabres must recall at least one forward from the Rochester Americans. JJ Peterka and Arttu Ruotsalainen, both of whom played twice for the Sabres last week, would probably be first in line.

“He’s back, he’s in the building, he’s going through protocol upon returning from being out,” Granato said. “Which that process probably pulls him out of eligibility for tomorrow’s game, just by virtue of not skating.”

Granato also said defenseman Colin Miller, who returned to practice Tuesday, will play against the Sharks after an undisclosed injury sidelined him three games.

So with a five-day break, Granato acknowledged he could award more ice time to some of his top players against the Sharks.

“I will be gauging that, who’s fresh, who’s feeling it, and I wouldn’t be afraid to if a guy’s going, he could get a career-high in minutes because of that because you don’t have to save it for anything because there’s plenty of time to recover,” Granato said. “That is a situation, a coaching situation, I guess. You know that and you’re going to coach to that circumstance.

“So if somebody’s feeling it and I see him on the bench not breathing heavy anymore, they might just go right back out there.”

In the Sabres’ lost outing, Saturday’s afternoon’s 4-3 overtime loss to the Boston Bruins, defenseman Rasmus Dahlin played a season-high 27 minutes, 58 seconds. That number was originally 29 minutes before officials lowered it.