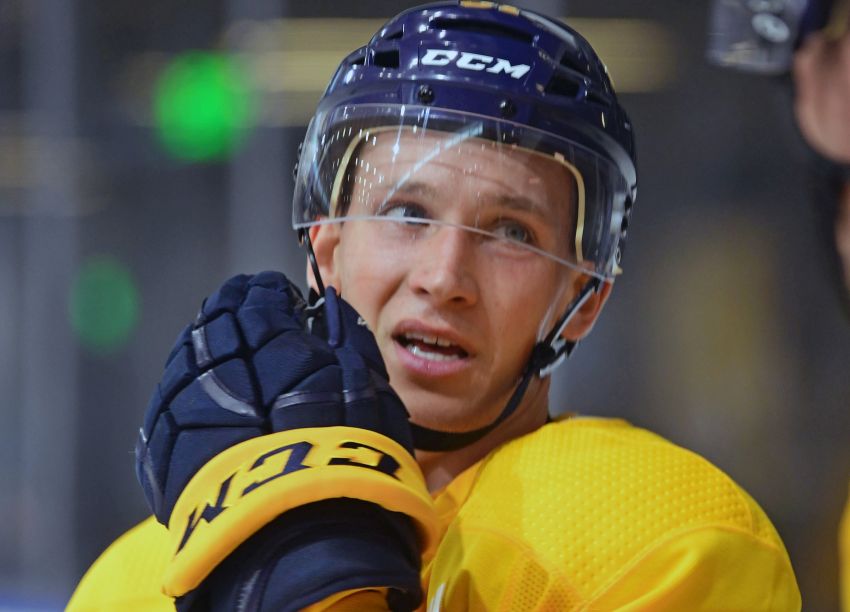 BUFFALO – The struggling Sabres recalled forward Kyle Criscuolo, who has never played in the NHL, and defenseman Casey Nelson from the Rochester Americans this morning.

The 5-foot-11, 172-pound Criscuolo, 25, has a team-leading 11 points and five goals with the Amerks in 14 games this season. The New Jersey native signed a two-year contract with the Sabres on July 1.

Criscuolo, who won a Calder Cup with the AHL Grand Rapids Griffin as a rookie last season, played four years at Harvard.

Meanwhile, the 6-foot-1, 185-pound Nelson, 25, has one goal and four points in 14 games with the Amerks. Nelson played 18 games with the Sabres over the last two seasons, compiling four assists.

If Nelson plays, he will become the 11th defenseman to appear in a game for the Sabres this season.