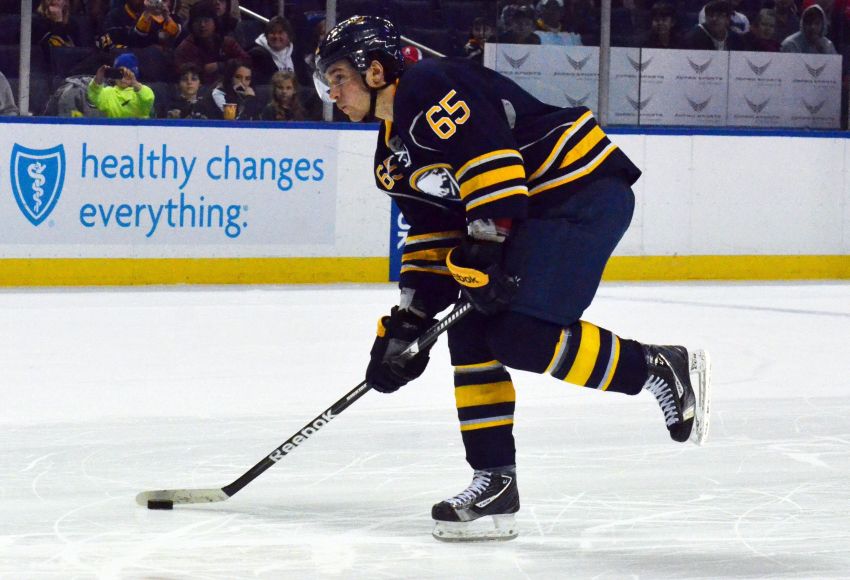 The 25-year-old Flynn, an NHL regular much of last season, inked a two-year deal. Crawford signed a one-year contract.

Flynn played 26 games after the Sabres recalled the rookie from Rochester on March 1, compiling six goals and 11 points. The free agent from Maine had 16 goals and 32 points in 46 games with the Americans.

Crawford has compiled 18 goals and 72 points in 199 games during three seasons with Rochester and Portland, the Sabres’ old affiliate. The 23-year-old, the 165th pick in 2008, has never played in the NHL. He had five goals and 19 points 53 games last season.