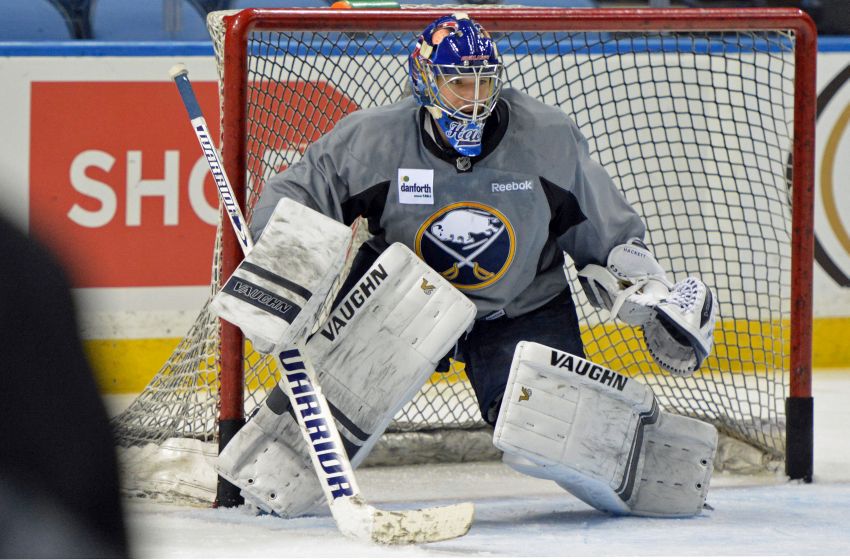 BUFFALO – Instead of a regular practice today, the Sabres held a three-on-three scrimmage officiated by assistant coach Tom Coolen, who barked out orders in a full referee outfit in front of a crowd of veterans invited by the team.

“We could actually tell what we really feel against one of our own,” Sabres coach Ted Nolan joked inside the First Niagara Center.

In other news, Sabres goalie Matt Hackett, who missed five games because he was “swollen and bruised,” practiced today.