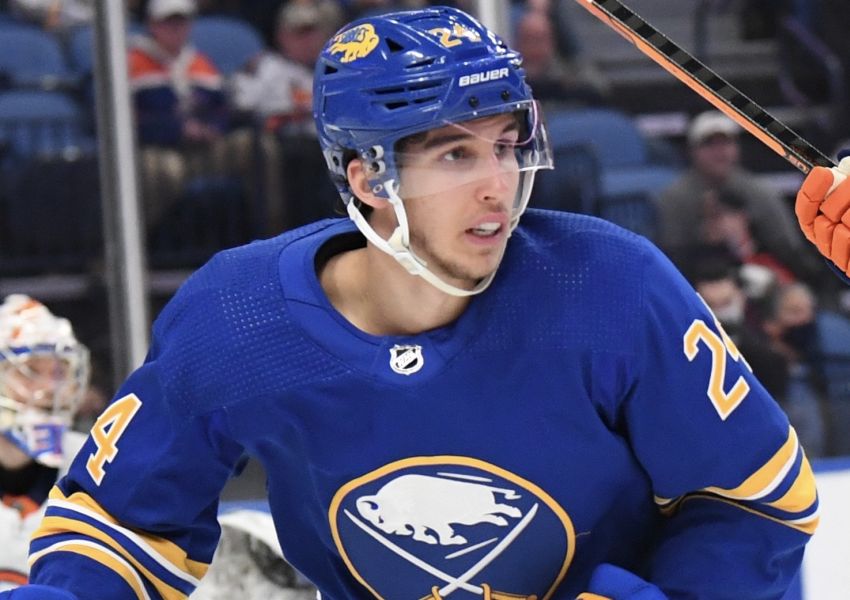 It took time for the Montreal Canadiens to experience the surge that often accompanies a coaching change. Martin St. Louis lost the first three games of an interim gig that increasingly looks like it will become permanent.

Wednesday’s 4-0 win over the Buffalo Sabres was the Canadiens’ fourth straight triumph. They had just eight victories all season before beating the St. Louis Blues last Thursday.

The Sabres annihilated the Canadiens earlier this season, outscoring them 14-5 while winning their first three meetings. They defeated them as recently as Feb. 13 in Montreal, St. Louis’ third game.

But as the Sabres learned firsthand Wednesday, the Canadiens have quickly become a formidable foe under St. Louis, who replaced Dominique Ducharme on Feb. 9.

The disjointed Sabres, fresh off Sunday’s ugly 7-3 loss to the Columbus Blue Jackets, looked wretched early, committing 21 giveaways during the first period. They had 15 total giveaways in their previous three games combined.

They fell behind when Nick Suzuki scored the first of his two goals 6:52 into the contest.

“We helped them, we were sloppy early,” Sabres coach Don Granato said on a Zoom call from the Bell Centre. “We did not support our forwards, we did not support our D well enough, and that complicated. We gave them four chances early before we got our first chance. And they had a goal, and it was all our forwards not supporting our D, and it allowed them in the game and we could not get a break to get a goal.”

Tuch said the Canadiens possessed “a lot more jam to their game” than when the teams recently met.

“Their work ethic was higher than last game that we played against them,” he said. “I thought tonight was a big character win. It was 4-0 and you could see (Brendan) Gallagher sell out for a block there at the end. We need a lot more of that in our locker room. It’s not there right now.”

The crowd was at perhaps its loudest when Suzuki scored on a second-period penalty shot after Sabres forward Dylan Cozens took him down.

“I need to make a better play in the neutral zone, for sure,” Cozens said. “I think I pushed on his arm, which caused him to loose the puck. It was a pretty clear-cut breakaway. So … if that was me, I’d probably want a penalty shot. So that’s on me.”

Canadiens goalie Samuel Montembeault made 32 saves in his first NHL shutout, outdueling Sabres netminder Craig Anderson, who made 25 stops. Anderson started back-to-back contests for the first time since Oct. 25 and 28.

To make matters worse, Sabres defenseman Henri Jokiharju left the games with a lower-body injury. Granato did not have an update on the Finn.

Okposo was a surprise absence at the morning skate. Olofsson did not accompany the Sabres to Montreal.

To replace them, Brandon Biro made his NHL debut while Mark Jankowski returned after getting scratched two straight games.

Meanwhile, Sabres defenseman Rasmus Dahlin returned against the Canadiens after a lower-body kept him from playing in Sunday’s game. To make room, Robert Hagg was scratched.

Early in the game, Granato flipped the centers on his top two lines, putting Tage Thompson between Cozens and Peyton Krebs and Casey Mittelstadt with Tuch and Jeff Skinner.

“Our challenge tonight was you missed Olofsson and Okposo and we shifted three centermen together with Krebs, Cozens and Mittelstadt, and they did not look comfortable, the three of them early and that was a struggle for us,” Granato said.