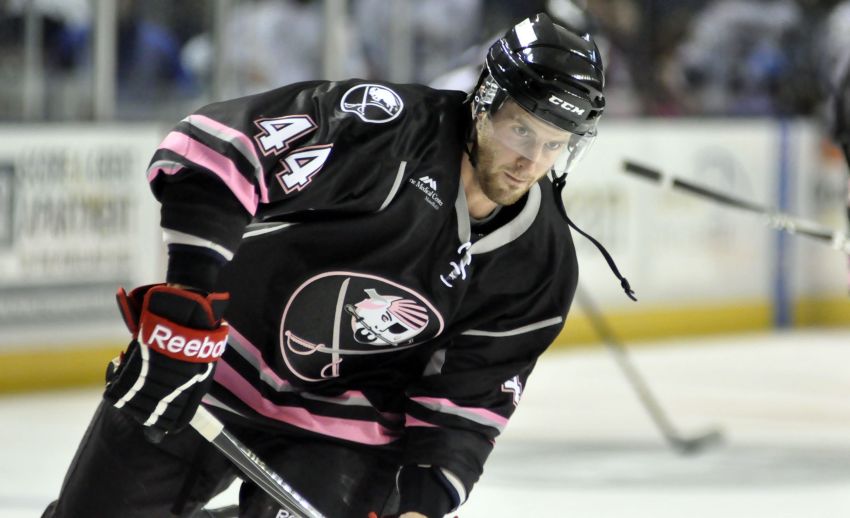 With 23 points and a gaudy plus-15 rating in Portland, a recall seemed inevitable for the 59th pick in 2007. Then, two games before the big tilt, Schiestel tore his ACL, shelving him for the season.

The 22-year-old hurt his knee again on opening night for Rochester this season, his first appearance in eight months.

On Tuesday, the Sabres loaned Schiestel to the Texas Stars, Dallas’ AHL affiliate, to get him more playing time.

Incredibly, Schiestel had dropped to about eighth on the Americans’ depth chart. He was recently a healthy scratch four times in nine games and made his last two appearances at forward.

“If you would have asked our people last year, he would have been the top defensive prospect,” Sabres amateur scouting director Kevin Devine, who oversees the Amerks, told the Rochester Democrat and Chronicle.

“We certainly haven’t given up on Drew as a prospect,” Devine told the paper. “But we have decisions to make this summer on defensemen.”

Schiestel, who has 12 points and minus-3 rating in 43 games, is a restricted free agent following the season.