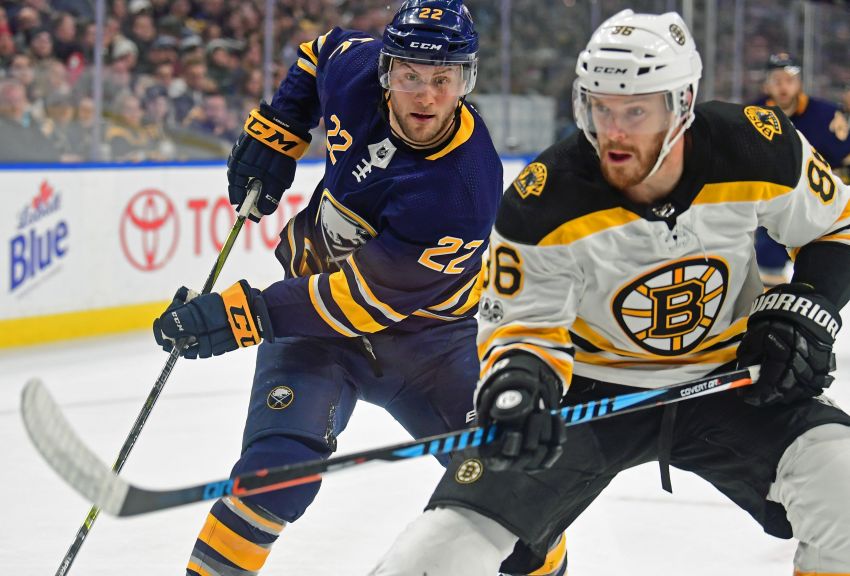 BUFFALO – Sabres center Johan Larsson, who earned a match penalty for cross-checking Florida Panthers center Vincent Trocheck in the side of the jaw late in Thursday’s 4-2 loss, has a hearing with NHL Player Safety today.

An automatic one-game suspension accompanies a match penalty, although the league can rescind it.

Larsson declined comment through a team spokesman today. Following the game, Larsson said he “pushed him a little bit” and he wasn’t worried about a suspension.

In other news, workhorse defenseman Rasmus Ristolainen had a maintenance day today, Housley said. He expects the Finn to play Saturday at home against St. Louis.

Housley also said defenseman Nathan Beaulieu, out the last four games with an upper-body injury, could return against the Blues.