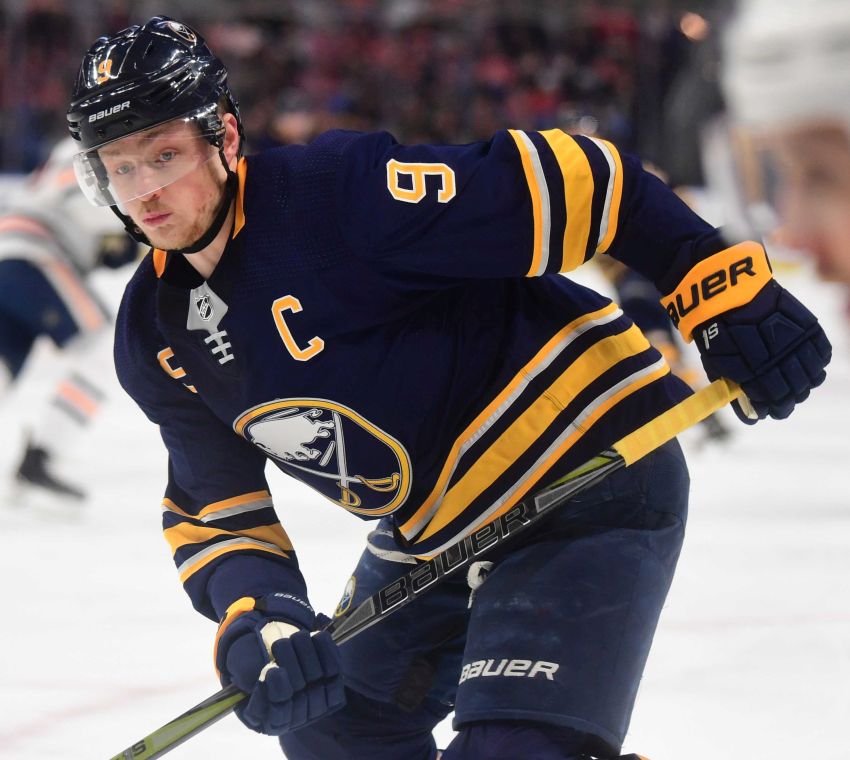 Jack Eichel said he has to live with the NHL’s decison. ©2019, Hickling Images

BUFFALO – Sabres captain Jack Eichel and coach Phil Housley don’t like the two-game suspension the NHL slapped on the team’s leading scorer for an illegal check to Carl Soderberg’s head in Saturday afternoon’s 3-0 loss in Colorado.

“We have to stand by it, but I don’t agree with it,” an irked Eichel said this afternoon following practice inside KeyBank Center. “Obviously, if you look at the hit and you look at their rule book, I just didn’t think it matched up. That’s not an illegal hit.”

Housley limited his comments, only saying the Sabres must live with a decision he doesn’t agree with.

Eichel, however, explained in detail why he shouldn’t have received a two-game ban from the NHL Department of Player Safety on Sunday.

As Eichel and Soderberg pursued a loose puck in the neutral zone, Eichel cut in front of him, drilling the Avalanche forward’s head with his upper body.

“I don’t move myself to lower it into him,” Eichel said. “If you watch the hit, he actually is at fault for dropping his head down there. I mean, it’s a 50-50 puck that I’m trying to make a hockey play on. You see me, I have my eyes on the puck the whole time and then I had to make a play on the puck after.

With Eichel out, the Sabres recalled winger Alexander Nylander, 21, from the Rochester Americans on Sunday. The prospect skated at right wing beside center Evan Rodrigues and Conor Sheary today.

Check back later for more on Nylander and the Sabres, who host the Dallas Stars on Tuesday.

Eichel will miss the Dallas contest and Thursday’s home game against the Pittsburgh Penguins.