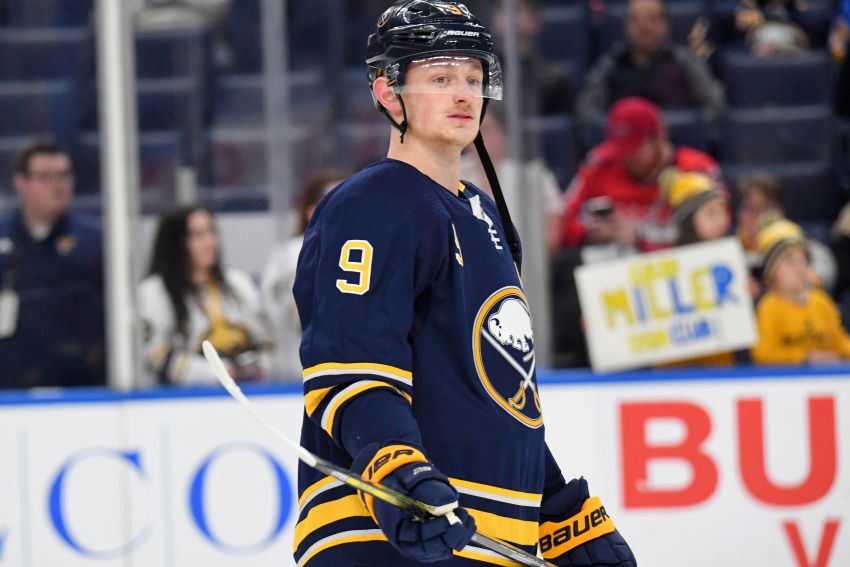 Jack Eichel has been quarantining in Buffalo. ©2020, Micheline Veluvolu

Jack Eichel has spent the past two weeks hunkered down in his Buffalo home waiting out the COVID-19 pandemic. The Sabres captain usually fills his days by working out, watching television, listening to music, reading and playing video games.

When it becomes safe, Eichel, 23, would like to resume the schedule. The center has stayed in contact with Sabres general manager Jason Botterill, coach Ralph Krueger, teammates and trainers since the NHL suspended the season indefinitely March 12.

But right now, with the coronavirus spreading throughout North America, hockey isn’t on Eichel’s mind much.

“Everyone’s … minds are off of hockey and just kind of trying to figure out how to control this pandemic the best we can and just figure out a way to be safe and stay healthy through the situation,” Eichel said on a conference call Monday. “In my mind, obviously I love hockey and it means so much to me, but I think right now it’s kind of been put on the back burner.

“A lot of my thoughts go toward my family and health and the people I care about and all the people that are dealing with this. There’s so much more at stake right now than hockey games.”

Eichel’s father, Bob, recently underwent shoulder replacement surgery. His mother, Anne, received a month leave from her job as an ambulatory surgery nurse at Boston Medical Center to care for him.

“(We’re) really lucky,” Eichel said. “Obviously, you wouldn’t want her going in, it’s such a high-risk (situation), and credit to all the medical professionals that have been on the front lines and really taking this thing head on. When you have a loved one in that situation, you just want them to be as safe as possible. I will say I am happy that my mom’s at home right now.”

Eichel said the severity of the pandemic truly hit him March 14, two days after the Sabres returned home from Montreal following the suspension of the season.

“I definitely knew the situation was a serious one,” he said. “But I really think that Saturday when it just started becoming a lot more real about what was going to happen over the next few weeks and the type of guidance that we were getting from the organization and from health officials, and then I think I kind of realized how much we just didn’t know about the situation.

“I think when that happened, that was kind of my come to moment, just how serious all this is and what type of effect this is going to have on the entire world.”

Eichel wouldn’t speculate much on what the season might look like if it can be restarted. The Sabres have 13 games left – they were scheduled to host the Washington Capitals on Monday – and would miss the playoffs even under a 24-team format that has been mentioned this month.

“I really just don’t know how to go about predicting what’s going to happen over the next few weeks because it’s so unknown,” Eichel said.

Eichel believes jumping right to the playoffs, a scenario that has been mentioned, would be difficult.

If regular-season games can be played, Eichel said the Sabres would have “an opportunity to build our culture and build our team identity.” Some individuals, of course, are also playing for contracts.

“It’s never easy to have the season just kind of stop and then have that unknown like it did,” said Eichel, who has scored 36 goals and 72 points in 68 games this season. “I think there’s a lot of hope that we’ll see some closure, but you just never really know.”

As he waits, Eichel has kept busy quarantined at home with his girlfriend, who often cooks for him.

“You really don’t know what the next day holds,” he said. “Every morning you wake up, you don’t have to go to the rink, you don’t have to perform. There’s not a whole lot on your agenda. You’re just trying to stay busy and keep your mind in a good, healthy place.”

Eichel said he has a small gym in his house he has been using to stay in shape. Like just about all of the United States, it seems, he has watched some of “Tiger King,” the popular Netflix series.

He has also been trying to read more often. He recently finished two books: “Into Thin Air,” Jon Krakauer’s account of his experiences in a Mt. Everest disaster, and “The Mindful Athlete,” George Mumford’s take on sports performance.

“Whatever I’m feeling that day,” Eichel said of his reading selections, “I go after that.”