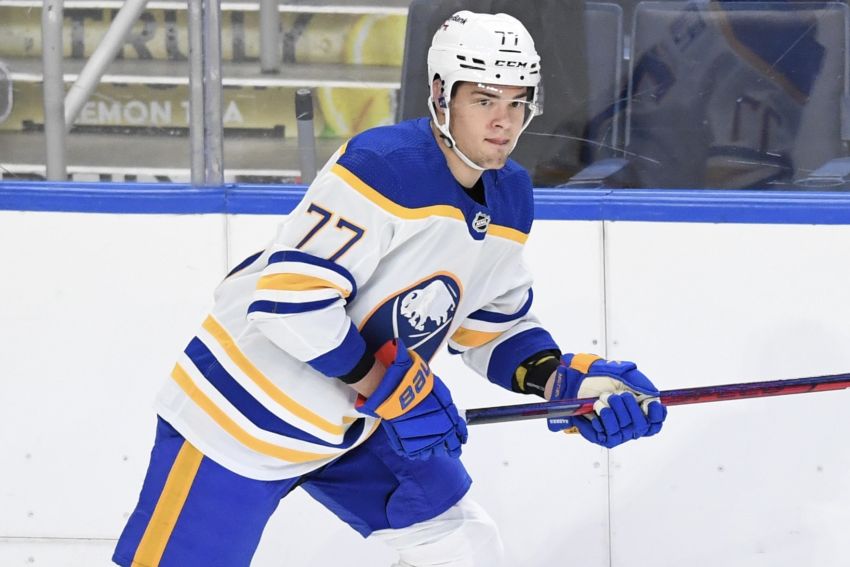 BUFFALO – Tonight’s lineup resembles one the Sabres could use during the regular season. At least 16 of the 20 players will likely be on the opening night roster.

But among all the established talent the Sabres will dress, three rookies – goalie Ukko-Pekka Luukkonen and wingers J-J Peterka and Linus Weissbach – earned a spot.

Luukkonen, having established himself as the Sabres’ top goalie prospect, was supposed to receive a long look this training camp. The Finn has already played one full game, making 26 saves in Thursday’s 6-2 road loss to the Detroit Red Wings.

Meanwhile, Peterka, 19, and Weissbach, 23, have impressed Granato and his staff so much they earned another game tonight.

“You see the lineup, it’s a much older lineup,” Granato said this morning. “We’re intrigued to see how they fit within that lineup.”

Peterka and Weissbach have each played two exhibition games. In Tuesday’s 5-4 shootout win over the Blue Jackets, the prospects buoyed the Sabres late.

Weissbach set up Peterka’s goal, his first of three third-period points, before tying the game late.

In Thursday’s loss, however, they struggled, each compiling a minus-4 rating.

“You can be exploited much faster at this level than you can at previous levels,” Granato said. “Players are not only more skilled but more intelligent so I know they felt that. They felt those attributes in the players they were playing against.”

The Blue Jacket will bring a veteran-laden lineup to Buffalo, meaning Luukkonen be able to test his talent against some notable names, including winger Patrik Laine and defenseman Zach Werenski.

“That excites me,” Granato said of Luukkonen facing a deep Columbus lineup. “Now that he’s got a game under his belt, everybody progresses after a game this time of year. He’s a young guy with a lot of talent so each time out, all of us in this room are trying to figure out did he get better, is he getting better, is he taking the experience of the last game and showing us that he’s made adjustments?”

Tonight’s Sabres lineup will feature one notable position switch. Tage Thompson, a winger throughout his pro career, will shift to center. Granato moved him there late in Friday’s 2-1 loss to the Pittsburgh Penguins. Weissbach and Kyle Okposo will flank Thompson.

Thompson said he played center growing up and into his college days before he was moved at UConn.

“It’s been a while since I played center, so as of right now, I’d probably say I’d prefer wing a little bit better, but I’m excited for the opportunity to get back in the middle, see what happens,” Thompson said.

Granato said he called Thompson during the summer and told him he could be moved to center. He did it for tonight’s contest because center Arttu Ruotsalainen arrived at the rink this morning feeling sick. Ruotsalainen, however, practiced this afternoon.

“We look at our centers and we’re very young and have new guys in there,” Granato said. “So we have to keep an open mind and potentially be as creative as we can be and see what may be the best situation for us. But if we had four solidified centermen with a long history in the NHL, it’d be different potentially.”