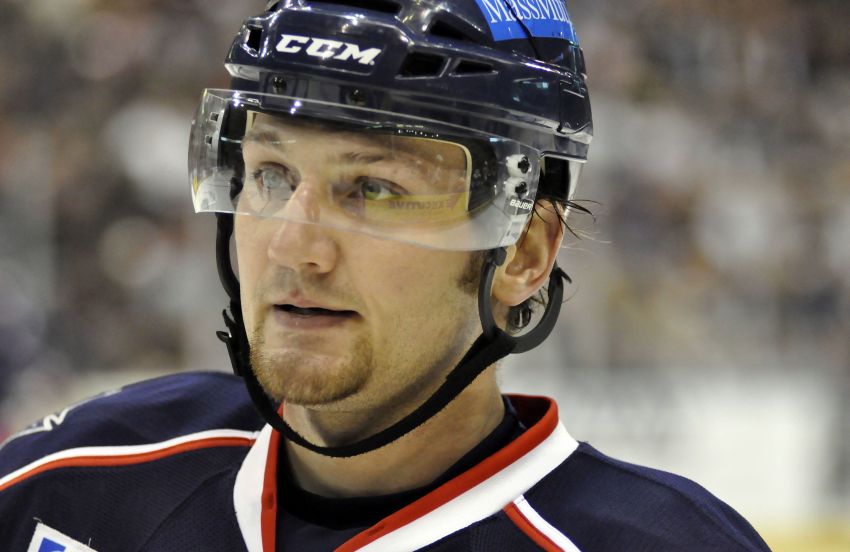 BUFFALO – The Sabres have added more grit to their arsenal, inking veteran NHL forward Nick Tarnasky to a one-year contract

Both could be ticketed for Rochester. The 23-year-old Brennan must clear waivers before going to the AHL.

Tarnasky, a veteran of 245 contests over parts of five seasons with Tampa Bay, Nashville and Florida, played last year with Chekhov Vityaz, a KHL team in Russia.

The 27-year-old has 13 goals, 30 points, a minus-30 rating and 297 penalty minutes in his big league career, including 38 fighting majors, according to hockeyfights.com.

Tarnasky, 6-foot-2 and 224 pounds, spent 2010-11 in the AHL and ECHL before going overseas. He played five games with Rochester during a rehab stint three years ago. He had four goals, 11 points and 173 penalty minutes in 36 games last season.

Meanwhile, Brennan must crack a stacked blue line. The Sabres have 11 defensemen who played in the NHL last season.

Brennan, who had 16 goals and 30 points in 52 AHL games last year, could be fighting with Brayden McNabb, newcomer Adam Pardy and Mike Weber for the seventh spot.

General manager Darcy Regier recently said the Sabres would “pencil” McNabb in to start in the minors, however.