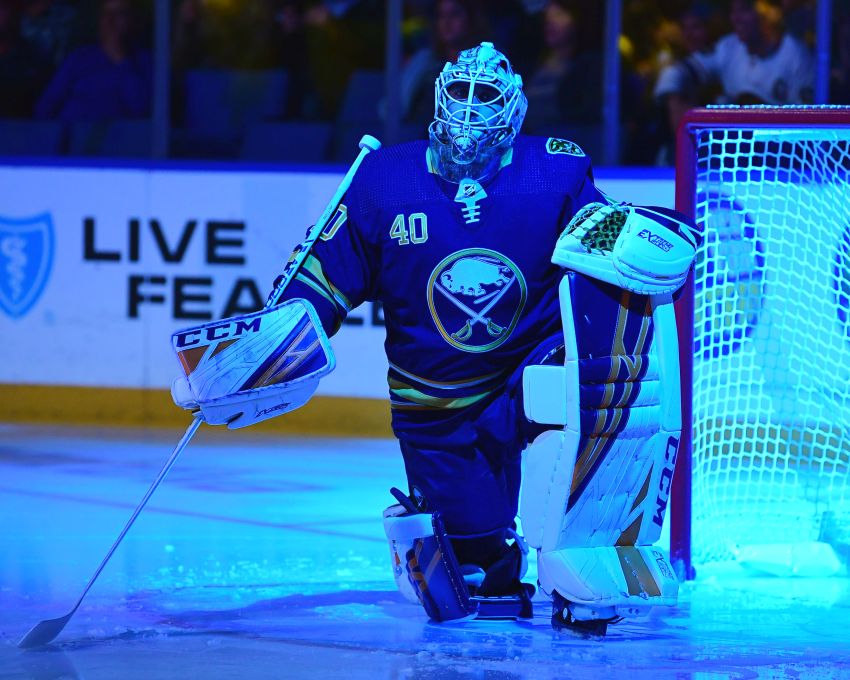 Thanks to their two-game trip to Sweden next week, the Sabres’ schedule is jam-packed.

So through 12 games, Sabres coach Ralph Krueger has mostly rotated the netminders, trying to balance their workload. Krueger even sticks to the goalie plan he and assistant coach Mike Bales have devised following shutouts.

“It’s something that we were definitely targeting in the season that we had a goalie rotation,” Krueger said this morning inside KeyBank Center. “The pace that we have to deal with here, whether you deal with the start phase or the post-Sweden phase, we definitely need two goalies play ‘A’ games.

“We’re definitely getting that from them right now, and it’s a very, very good feeling.”

Goaltending was the Sabres’ biggest question mark entering the season. After comprising one of the NHL’s best tandems for three months last season, Hutton and Ullmark started struggling in the winter.

But they’ve quickly morphed the Sabres’ backbone during the team’s torrid 9-2-1 start.

Of course, tighter defensive play around the goalies has helped them.

“We do believe that save percentage is a combination of what the goalies are doing and the way we play defense as a team, what kind of opportunities and shots we are giving up,” Krueger said. “We like the fact that they have a different look when you play against us, depending on who’s playing, different styles, of course, and different ways to get the job done. …

“Whatever decision we make, both of them are supporting each other. We have a goalie team.”

– A win tonight will tie the franchise record for most points in the opening month of a season. The Sabres recorded 21 points in October 2006 (10-0-1).

– At 5-0-0, the Sabres are the NHL’s last undefeated team at home. A win tonight would tie the franchise record of six consecutive home victories to open a season set in 1975-76.

– Sabres goalies have combined for three shutouts in the first month of a season for the first time in franchise history.