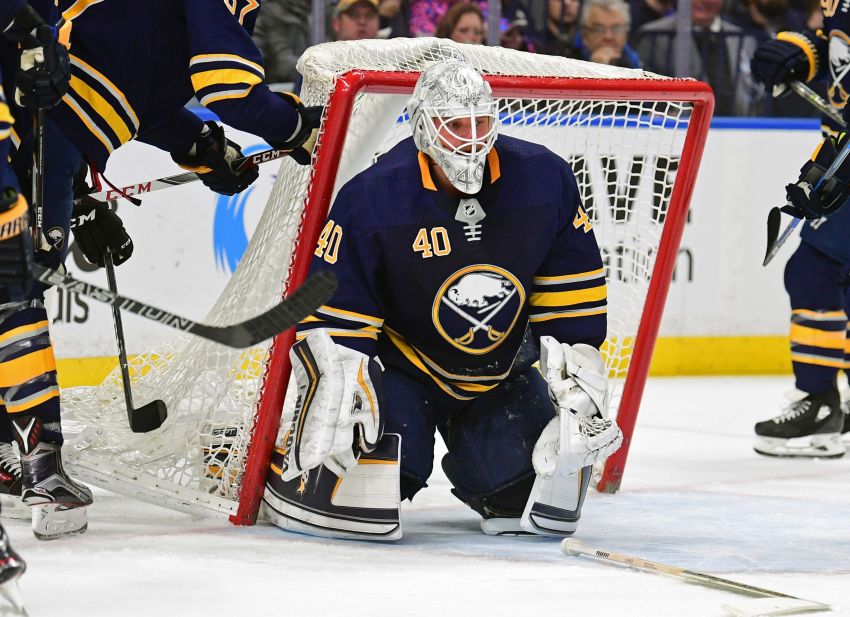 BUFFALO – Some notes on this afternoon’s Sabres tilt against the Dallas Stars at KeyBank Center:

– The Sabres will use the same lineup from Thursday’s 4-3 road loss to the New York Rangers, meaning goalie Robin Lehner will start, his 35th appearance.

Lehner hasn’t won since Dec. 29 in New Jersey. He got yanked after allowing three goals on seven shots in the opening 10:27 of the Sabres 5-1 loss Nov. 4 in Dallas.

– Defenseman Casey Nelson, who struggled in his season debut Thursday, taking two penalties in 12 minutes, 46 seconds of action, will get another look.

“I like the way he played,” Sabres coach Phil Housley said. “He tried to get up in the rush a couple times. He’s just got to build off that, it was a tough start for him taking that penalty, I think he got backed off on his heels a little bit, first game in big stage like that.

“Hopefully this game he’ll get back to what got him up here, which is good puck movement, getting back to the puck first and defending well.”

Defenseman Victor Antipin, who recently battled the flu, will be scratched for 12th straight game.