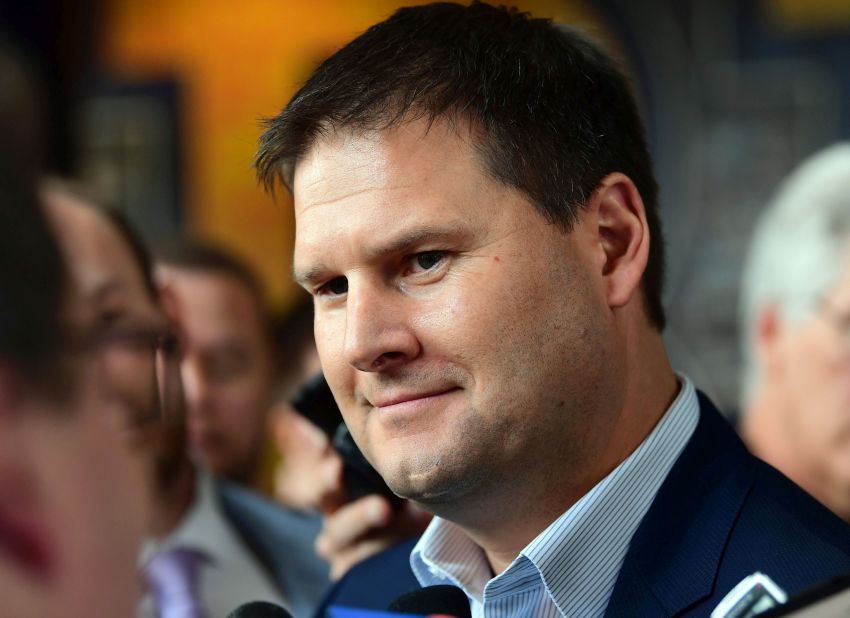 “But we also are very happy with how our players have come up from Rochester and played so far,” said Botterill, whose team played without five forwards against the Minnesota Wild.

The Sabres had lost a forward to injury in five straight games entering Tuesday. The organization is so depleted – three Rochester Americans eligible to be recalled are hurt – the Sabres utilized defenseman John Gilmour at left wing on the fourth line.

Forget, however, about any injuries. Botterill might make a deal to ignite his reeling club, which has lost seven of the last eight games.

Shortly after Botterill spoke, the Sabres fell behind 2-0 to the Wild in the first period inside KeyBank Center.

To some observers, this season is starting to feel eerily similar to 2018-19, a campaign in which the Sabres won 10 straight games in November and ranked first overall before imploding and missing the playoffs.

The Sabres started this year 8-1-1, performing like a heavyweight throughout October.

“I would just say that’s something that we have to prove, that it’s not,” Botterill said of the Sabres experiencing the same type disappointing season.

“We want to be cap-compliant, and we understand these players are going to coming back,” Botterill said.

He added: “We don’t want to be in a situation where we have to make a move.”

“We’re optimistic that sometime on the road trip (this week or next) he’s going to be able to play,” he said. “For all of us, that’ll be a great moment. I think Zach has worked extremely hard to come back from his injury. I think he’ll be a big boost to our team.”

– Botterill said “there’s a lot of concern” for winger Kyle Okposo, who suffered a concussion Saturday. Okposo has had at least four concussions in the last four seasons.

“You appreciate and respect what he brings to our team, the leader that he is in the locker room, the man that he is,” Botterill said. “You don’t want to see anyone have a concussion. Right now, the focus is just making sure Kyle’s alright.”