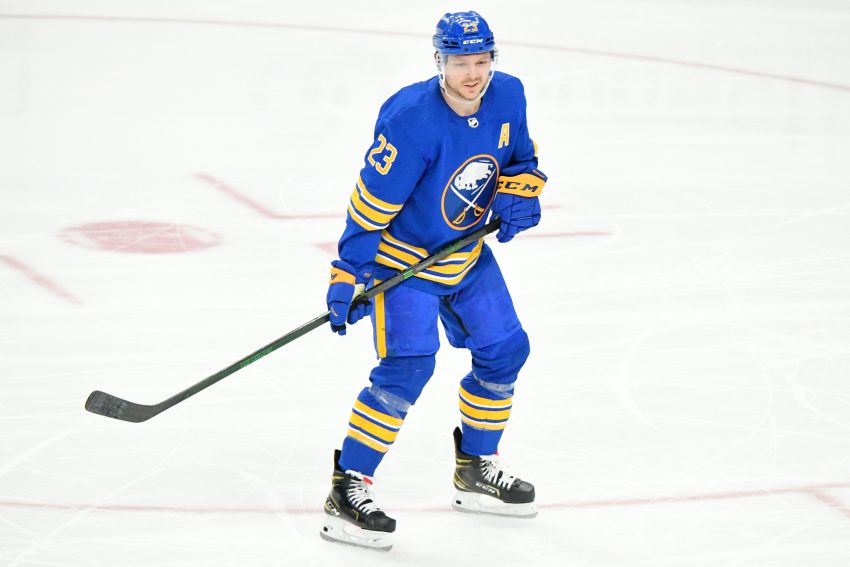 No words of encouragement. Not even a tactical point or two.

The game was playing out eerily similar to Monday’s. Granato, whose Sabres also held a three-goal that night over the Philadelphia Flyers, wanted his players to take over.

“I wouldn’t have handed it off to them if I wasn’t confident that they could do it and handle it,” Granato said after the Sabres beat the Flyers 6-1, ending their 18-game winless skid.

This time, instead of buckling like they did in Monday’s 4-3 overtime loss, the Sabres calmly closed out their first win under Granato, scoring two more goals to seal the game.

“Everybody stepped up,” Granato said on a Zoom call. “There was no variance of guys on the bench, one guy more vocal then the next guy. I believe they were in it together and consistent mannerisms through the whole group into the third period.”

Wednesday’s win was the Sabres’ first since Feb. 23 and just their seventh all season.

They’re clearly improving Granato. They’ve led after 40 minutes in each of their last three games.

“Guys (are) just playing free,” said Sabres defenseman Brandon Montour, who scored two short-handed goals late. “This whole stretch here, they score a goal, I think everyone sees it, we kind of tense up, kind of have that factor of, ‘Here we go again.’ I think we’re just washing that.

“Everybody’s playing free, everybody’s trying to do the right thing. We’re on the same rope and we’re trying to get out of it. Donnie’s been positive.”

Despite blowing a 3-0 lead Monday, it felt like the Sabres were building and could win Wednesday’s game.

The Sabres jumped out to an early lead inside KeyBank Center, getting goals from centers Sam Reinhart at 9:42 and Curtis Lazar at 11:59.

After Ivan Provorov narrowed it to 2-1 3:50 into the second period, the Sabres did not flinch. They shook off a poor offensive stretch – they went nearly half the period without recording a shot – and buried the Flyers.

“It was a huge part of the game and the fun part of that was our players really wanted to get back to our game,” Granato said of the Sabres’ response. “In the midst of those shots was a penalty kill and we got hemmed in our zone. And we weren’t five-on-five. I felt the bench was saying, ‘Oh, let’s just get through this and get back to our game, playing our game.’ …

“And then we got back to our game, the pace we want to play at, and then Fogarty scores and the energy was just through the roof at that point.”

Fogarty, who was recalled from the taxi squad earlier Wednesday, also recorded an assist. He began the night with one career NHL point.

“It was awesome,” Fogarty said of scoring in a win. “I mean, it’s something you always dream of, but to be able to get it in a winning effort makes it that much more special. The other night I thought the team did a really good job and had it in their grasp, and I think tonight, the same kind of mindset. We saw we pretty much dominated all three periods and I think we’ve seen signs of that over the last three games.”

Montour scored an empty-netter at 14:53 before beating goalie Alex Lyon 37 seconds later to secure only the Sabres’ third home win all season. The short-handed goals are the fastest scored consecutively by a defenseman since 1981-82.

“It was fun, I enjoyed it,” said Reinhart, who was drafted as a center. “It was good to come underneath the puck a little bit more and get a couple different looks. I thought the defensive part was went well. It’s an easy system to read off of.”

The Sabres, who were already down centers Jack Eichel and Dylan Cozens, lost Lazar to an undisclosed injury after the second period.

One thought on “Sabres finally end winless streak, beat Flyers: ‘Everybody stepped up’”