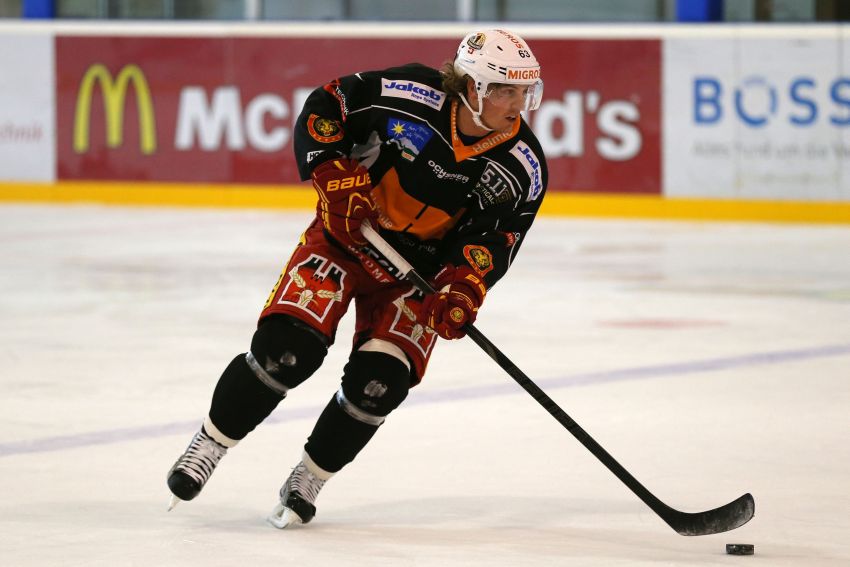 Tyler Ennis can go back to Switzerland if he wants. ©2012, Peter Eggimann, SCL Tigers

BUFFALO – For now, Tyler Ennis’ Swiss adventure is on hold.

Ennis recently returned from Switzerland to have a nagging shoulder injury re-evaluated.

The locked-out Sabres center stressed the minor bang-up he sustained during his second National League A appearance with Langnau isn’t serious. He plans on skating Friday.

“(It’s) not bad, but I just wanted to be cautious just in case the season starts, I want to be 100 percent,” Ennis told the Times Herald tonight. “For the most part, if I was playing in the NHL right now, then I’d be playing. But I’m just being careful with it. It’s just a little shoulder issue.”

Ennis missed several games before returning. He compiled three goals, eight points and a minus-8 rating in 10 games. The 23-year-old, who’s on a month-by-month contract, can go back to the Swiss team if he wants.

“It was fun,” Ennis said. “I mean, a little annoying I got a little dinged up and had to miss a few games. But (it’s) a really nice country, a really great group of guys. I kind of went through a losing skid there, but it was good times.”

Check back later for more on Ennis’ stint in Switzerland.