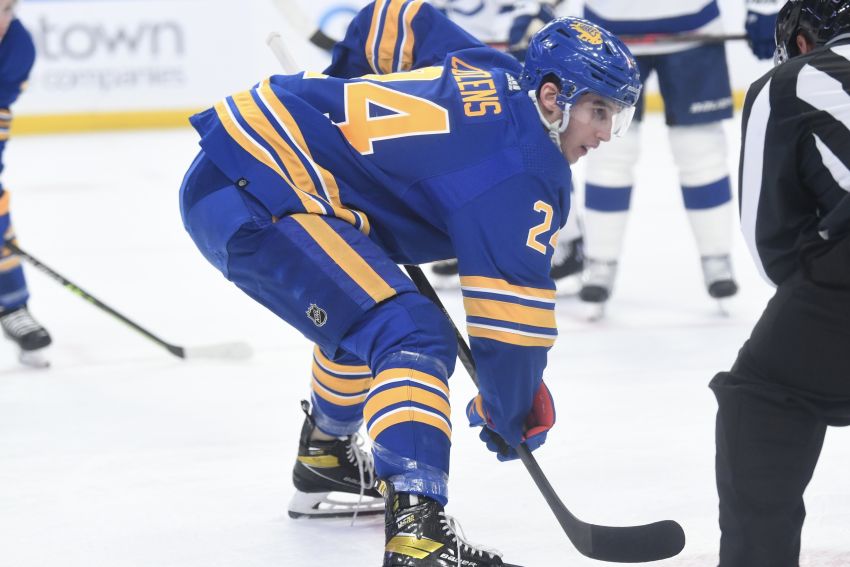 BUFFALO – After testing positive for COVID-19 for the second time in about 11 months, Sabres center Dylan Cozens said he had some items, including a virtual reality headset, dropped off to his home.

“It goes over your eyes and takes you to a whole another place,” Cozens said following Monday’s practice inside KeyBank Center. “You move your head and stuff. So I was standing in my room like boxing with it.”

Then Cozens, 20, took a step away from the podium and showcased a couple jabs.

“It’s really good conditioning,” he said. “I recommend it to anyone else that gets COVID.”

For Cozens, the headset was also a good stress reliever. The Yukon native felt asymptomatic – “No differences in my everyday life,” he said – which made watching his teammates play even more difficult.

So Cozens acknowledged he took out some of his frustrations by donning the device and letting loose.

Cozens, who entered the NHL’s COVID-19 protocol Dec. 26, would still be sidelined if the NHL hadn’t shortened it’s quarantine time from 10 to five days.

“Definitely grateful when the league changed the protocol to only five days and I managed to get out a little sooner than I thought,” he said.

Early in Monday’s practice, Cozens took a puck off the chin and had to go to the bench to see the trainer.

“Welcome back, take one off the chin,” said Cozens, who’s sporting a gash. “Gotta get stitched up now. But happy I didn’t lose my teeth.”