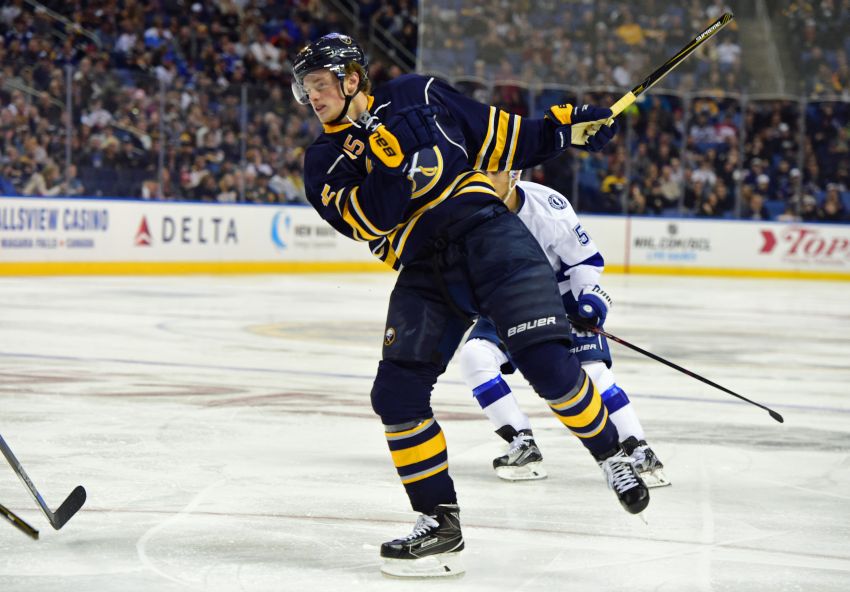 BUFFALO – The Sabres will hold their annual summer development camp July 6-12 at HarborCenter, the team announced this afternoon.

Approximately 40 prospects, including this year’s draft picks, will participate. On-ice sessions will be open to the public. The intrasquad Blue and Gold Scrimmage will be July 9. Ticket information and other camp details will be released later.

The Sabres nearly sold out the FNC last year when center Jack Eichel, the second overall pick, participated in the scrimmage. But without a top draw this year – the Sabres pick eighth when they host the draft next Friday – they moved the camp to HarborCenter for the first time. The team had held the last four camps at the FNC.