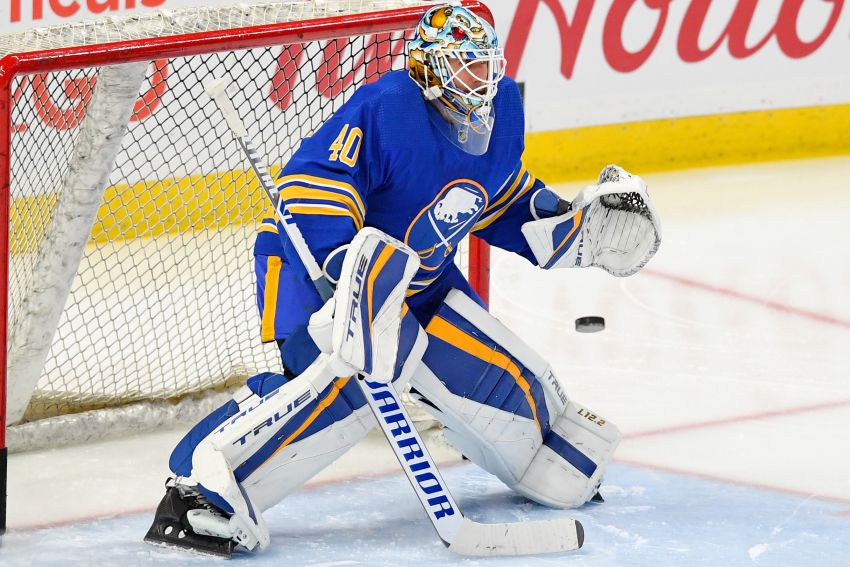 BUFFALO – At some point, whether it’s Monday, Tuesday or even May 8, when their disastrous season will mercifully end, the hapless Sabres should win another game.

But right now, the thought of the Sabres earning a victory almost seems preposterous.

Saturday’s 3-0 defeat to the Pittsburgh Penguins extended their losing streak to 10 games. Incredibly, they’ve lost 14 of their 16 outings since their COVID-19 pause ended.

“I don’t know if I’ve ever been in this kind of funk at this level,” Sabres goalie Carter Hutton said on a Zoom call.

Overall, the NHL’s worst team has compiled a wretched 6-15-4 record this season.

“It’s really frustrating,” Hutton said. “You play this game and it’s short, right? I think now I’m 35 years old and you think about, ‘Oh, you’re always gonna win or be part of something like that.’ …

“My biggest thing is trying to get guys just to buy in here. It’s not up to anybody else but the players. We’re the ones that play the game. Lots of people take different heat for it but it’s up to us as a collective group and it’s just not happening.”

The Sabres, an awful five-on-five team most nights, actually played well at even strength, limiting the Penguins’ chances. But their special teams, about their only bright spots this season, betrayed them inside KeyBank Center.

Their power play couldn’t convert its two chances and their penalty killing allowed Jake Guentzel’s goal 16:37 into the second period, the only score before the Penguins added two late empty-netters.

“What was really strong and our strongest side, actually, over most of the season has cost us the game tonight,” Sabres coach Ralph Krueger said.

He added: “The five-on-five game, just purely with the effort and the way we played, I’m quite pleased, but, of course, with the end result not.”

The Sabres also wasted a terrific effort from Hutton, who made 31 saves in his first start in a week.

“He was outstanding today,” Krueger said. “We’re excited to see that happen and he looked to be in a good groove. The break here he had seemed to increase his energy. We got to give him some goals. I see a few of Carter’s games like this where we just didn’t create anything offensively. He’s got to be frustrated by that, but we’re pleased wit that performance.”

Hutton and Jonas Johansson, the Sabres’ backup goalies this season, have earned just one win between them. Hutton won way back on Jan. 18.

“It (stinks) losing, everyone knows it,” Sabres defenseman Brandon Montour said. “Obviously, it’s tough here right now, but the only way to get out of it is the guys in the group right now and, I mean, no excuses. That’s, what, 10 in a row now?

“Close or not, you know, they had two empty nets tonight, but we didn’t score a goal. So we’re not going to win games not scoring goals.”

The Sabres have been shut out four times during their 16-game tailspin.