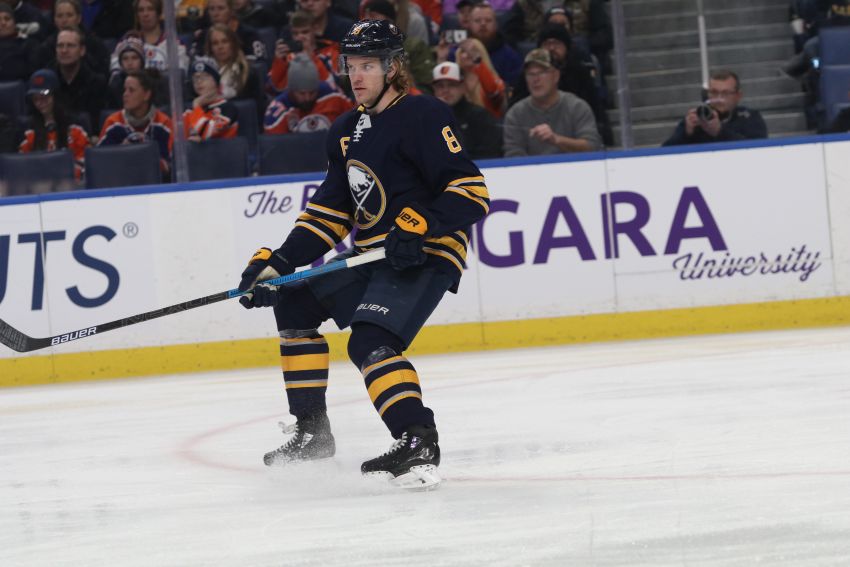 “It was addressed with him,” Housley said this morning inside KeyBank Center. “The talk was more about his play. We’ve moved beyond that right now.”

Well, Nelson hasn’t quite moved beyond it yet. He said his tepid reaction hasn’t stopped bothering him.

“I didn’t sleep after I saw the video,” Nelson said. “That’s pretty much all I’ve thought about the past number of days. I mean, there’s not a lot I can do about it other than I can tell you my response wouldn’t have been the same if I knew that I got hit in the head.”

Nelson will replace Zach Bogosian, who is day-to-day with an upper-body injury.

In other lineup news, Housley said goalie Carter Hutton will start tonight. Hutton is 3-0-0 with a 1.36 goals-against average and a .956 save percentage in five career games against the Penguins.

The Sabres, who have lost five straight games (0-4-1), have played the surging Penguins tough this season, roaring back twice to beat them in overtime.

The Penguins have are 6-1-2 in their last nine outings. The Sabres haven’t swept the season series from them since 2005-06.

The Sabres haven’t won since defeating the Penguins here 4-3 on March 1.

That come-from-behind victory felt like one of their early-season triumphs.

“It was a great game for our guys, because they found that they can still do that and there’s a belief there,” Housley said.