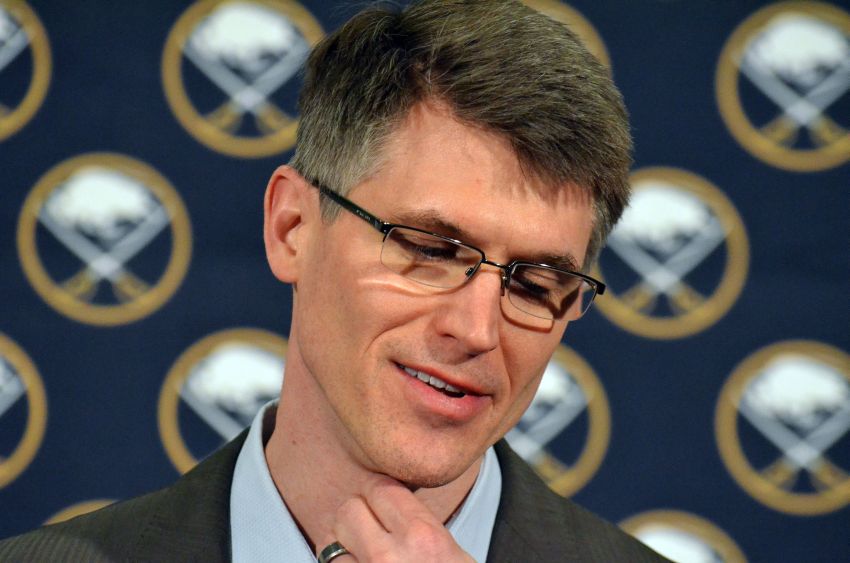 Buffalo Sabres fans are understandably a pessimistic bunch these days. No one can blame them, either. Coach Lindy Ruff was just fired. Their $65 million team is parked in 15th place, a wretched 7-12-1 this season.

So here’s some good news.

Tuesday’s big 2-1 win in Tampa Bay over the Lightning, Ron Rolston’s first as the Sabres’ interim coach, moved the club to within four points of a playoff spot. They stymied the Lightning’s potent offense, winning their first road game since Feb. 9.

Of course, they’re still mired in last place in the Eastern Conference and have won only two of the last eight games. But the tight triumph moved the Sabres’ slim postseason chances up 1 percent to 1.8 percent, according to sportsclubstats.com.

Let’s take the optimistic approach, though. Tuesday was a good night for the Sabres.

The last regular-season win by a coach other than Ruff? You have to go way back to April 10, 1997, when Ted Nolan’s Sabres beat the Bruins 5-1 in Boston.