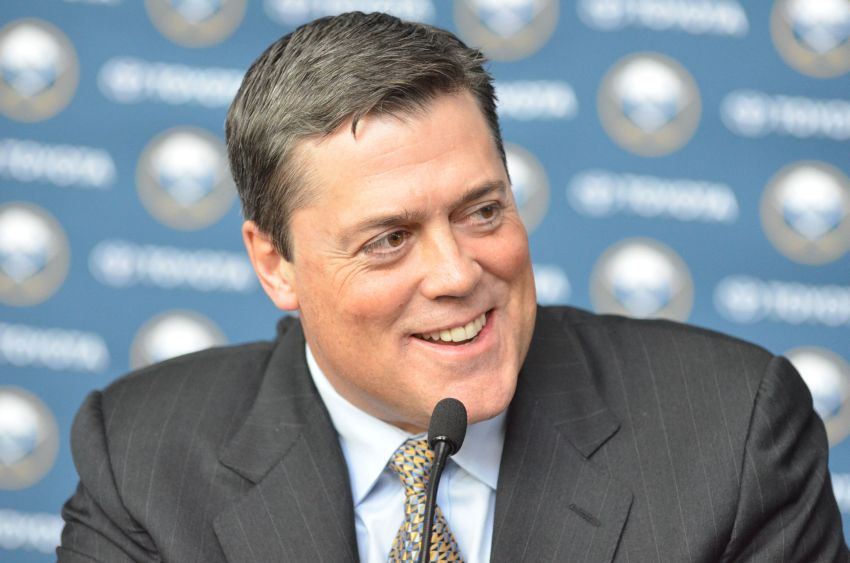 BUFFALO – The Sabres wanted to talk to Rick Dudley about their vacant general manager job. But before they could interview him, the Montreal Canadiens wanted a word with their assistant GM.

While the Habs would let Dudley talk to the Sabres, a team he played and coached with, they wanted to keep him.

To Dudley, who lives in Lewiston, the decision was a no-brainer. He signed a contract extension with, according to reports, a healthy pay raise.

“If you enjoy something a great deal, why change if you don’t have to?” Dudley said tonight inside the First Niagara Center prior to the Canadiens’ tilt against the Sabres.

How happy is Dudley in Montreal? His wife told him, “You smile now.”

Dudley – a GM in Ottawa, Tampa Bay, Florida and Atlanta – would’ve set a record for most gigs if he had gotten the Buffalo job, he said.

“That kind of intrigued me a little bit,” said Dudley, who noted he came to Montreal to work with GM Marc Bergevin.

He didn’t rule out becoming a GM again someday, however.

“I’m at a time in my career where there’s not many gigs left,” Dudley said. “But I still have a passion to build.”

Dudley loves scouting and building a team. He spoke about finding something in a player everyone else has missed and feeling satisfaction in making the right choice between two players.

“Patty LaFontaine, he’s going to make the right choice,” said Dudley, who coached LaFontaine briefly. “It doesn’t necessarily have to be Rick Dudley. Anybody he picks, he’ll pick the right guy.”

“He’s spent his life playing hockey, working in hockey,” Dudley said. “Obviously, to make the transition from where he’s been to where he is now, it’s going to take some people around him that have been there before. But Patty’s a very bright kid, always was.”