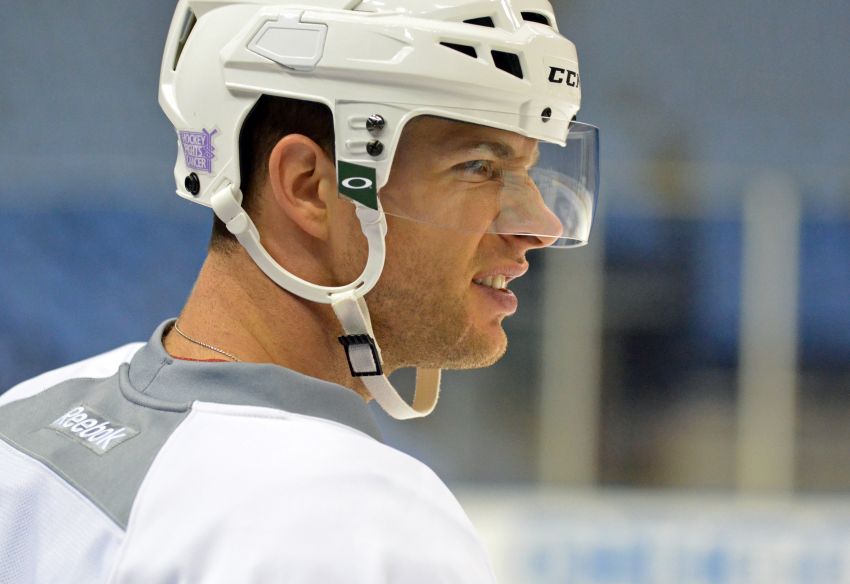 BUFFALO – A year ago, a meeting with the Sabres changed the Minnesota Wild’s season.

The Wild had lost six straight games before beating the hapless club 4-1 on Jan. 2 in Minnesota. The team then ran off three more victories, saving its season and perhaps coach Mike Yeo’s job. The Wild later advanced to the second round of the playoffs, giving Chicago a tough series.

Fast forward to today, and Minnesota, having lost six straight games, is reeling again. Pittsburgh thumped the Wild 7-2 on Tuesday. Yeo’s status, once again, is iffy.

Yeo doesn’t believe tonight’s tilt against the struggling Sabres, losers of eight straight games, will be déjà vu for the Wild.

“Buffalo doesn’t mean anything to me right now,” Yeo said Wednesday inside the First Niagara Center. “I know that they’re going to work hard … and it’s going to be a hard game. My focus is only on us, that’s it, and getting our game back.

“We can’t hope for any kind of results until we start playing the type of game that’s going to give us them.”

Minnesota, with its collection of high-priced free agents, has become perhaps the NHL’s most disappointing team. It has only 41 points and has dropped 12 of the last 14 games.

Former Sabres star Thomas Vanek has been a gigantic bust so far, scoring only seven times in 42 games. The Austrian winger signed a three-year, $19.5 million contract in July.

“It’s going to be tough and teams are going to be waiting for us knowing we’re going through a tough stretch,” Pominville said. “Hopefully it just in the long run makes us better. … We still have a lot of games. … But we’re going to have to start doing it soon.”

The Wild will play without star defenseman Ryan Suter tonight. The American was suspended two games for elbowing Wednesday.

Nolan also said winger Chris Stewart (flu) will play after missing one game. Nolan said a couple of other players aren’t feeling well. The Sabres haven’t sent anyone down yet.

One thought on “Reeling Wild not taking struggling Sabres lightly”