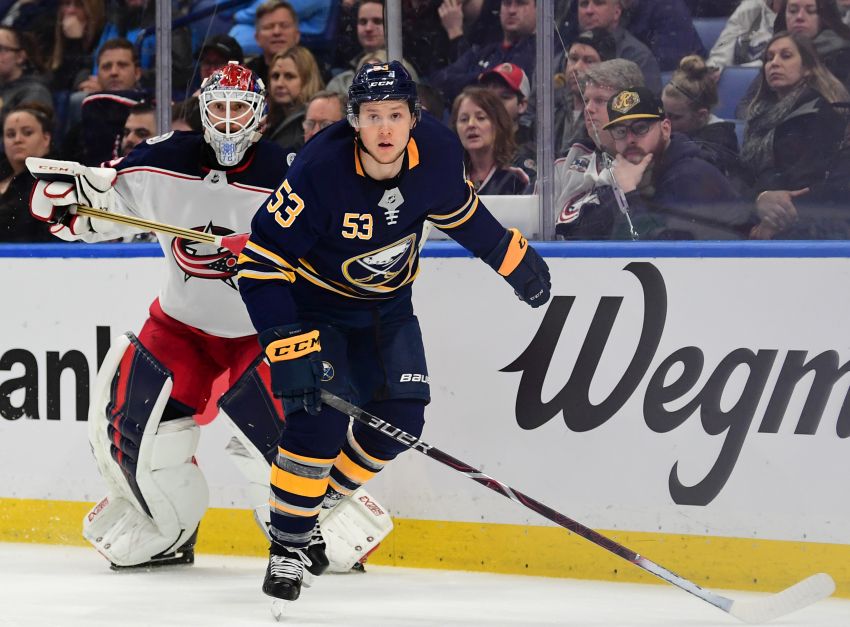 Krueger said after a long and productive conversation – “I could feel his unbelievable passion for the game,” he said – he hung up the phone believing Skinner, 27, wants to return to the Sabres.

“His tone in his voice when it came to the past and the future,” Krueger said of why he thinks Skinner will re-up with the Sabres. “He was comfortable in that line. I initiated the call in that way and it never went in another direction and Jeff had the opportunity to change direction if he wanted to.

“It was really just the flow of the conversation that made me feel comfortable. I felt he really loved to be here and that he was happy to be here.”

Skinner, an NHL All-Star in 2018-19, his first season with the Sabres, can become an unrestricted free agent July 1.

Sabres general manager Jason Botterill said discussions with Skinner’s agency, Newport Sports, “continue to go very well” and he possesses a high level of confidence a contract will get done.

“I understand people always want a deal as of yesterday. But we’ve certainly, Newport and myself, understood that we wanted to get a head coach in place. There needed to be a discussion there, then we can ramp up discussions. We’ve certainly done that. I feel good where it’s at right now. Hopefully we can finalize it.”

Botterill said the Sabres have no deadline to re-sign Skinner.

Check back later for more on Krueger and Skinner. Krueger, who was in Europe when the Sabres hired him May 15, spoke to the Buffalo media today for the first time in person.