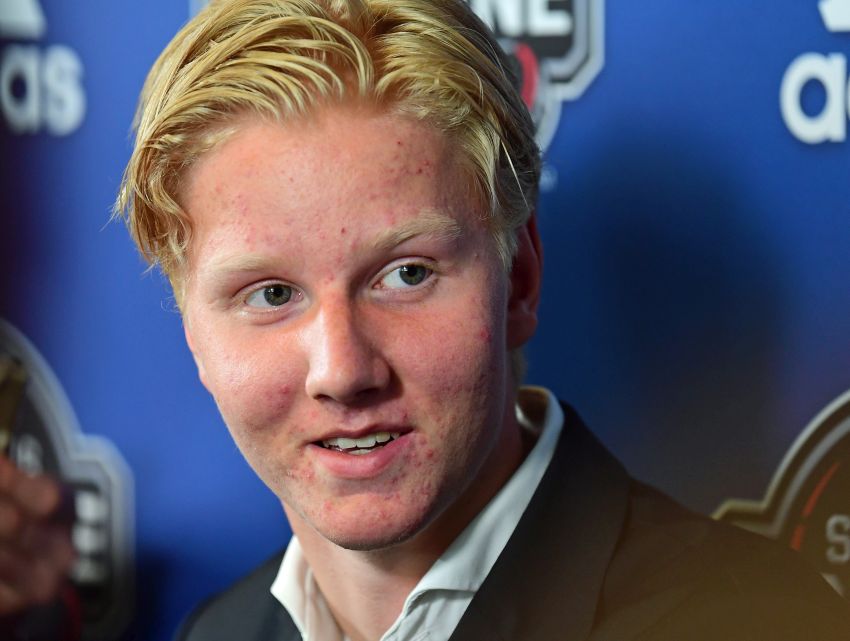 Sabres defenseman Rasmus Dahlin was a popular interview at the 2018 combine. ©2020, Hickling Images

The NHL has postponed three events in June – the scouting combine in Buffalo, the draft in Montreal and the awards show in Las Vegas – because of the COVID-19 pandemic, the league announced today.

The rescheduled dates for the three events and the NHL Draft Lottery will be announced later.

The combine, which has been held at LECOM Harborcenter and KeyBank Center since 2015, was scheduled to take place June 1 to 6.

The NHL suspended its season indefinitely March 12 because of coronavirus.