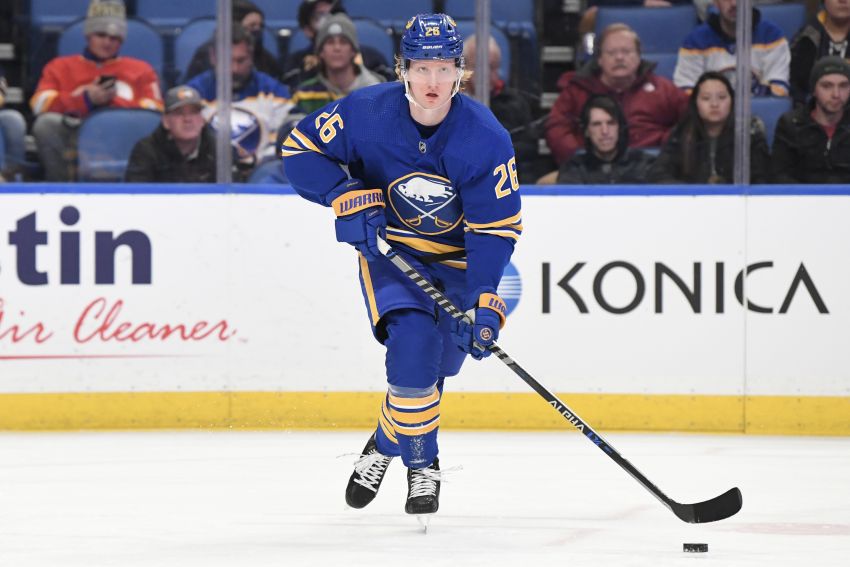 The NHL acknowledged replays show there is no conclusive evidence Rasmus Dahlin was offside. ©2021, Micheline Veluvolu

The NHL this afternoon acknowledged disallowing winger Victor Olofsson’s goal with 56.2 seconds left in Friday’s 2-1 loss was the incorrect call.

An offside review from the Situation Room in Toronto negated the Buffalo Sabres’ game-tying goal against the New York Rangers.

“The original call on the ice, ‘good goal,’ should have stood because video replay could not definitively determine that the stick of Buffalo Player Victor Olofsson touched the puck before Rasmus Dahlin tagged up,” Campbell said. “In instances when video replay cannot definitively determine a play, League policy is to stay with the original call on the ice.”

Following the Sabres’ sixth straight loss, coach Don Granato said he asked officials if the play could be reviewed for tag-up offside. The decision, however, was final.

Prior to tonight’s game against the Washington Capitals at KeyBank Center, Granato said he had “no real reaction” to the NHL’s statement.

“It’s hard for me to comment on it,” he said. “You guys asked me about it after the game, and I’m going to tell you my approach to it is you can’t play the ‘poor me’ card. You just can’t. So whatever happens in a game, you have to move on, and we moved on immediately.”

Olofsson shot ties it up at 2-2 (being looked at for offside) #LetsGoBuffalo #NYR pic.twitter.com/ZOUt1X9qcZ