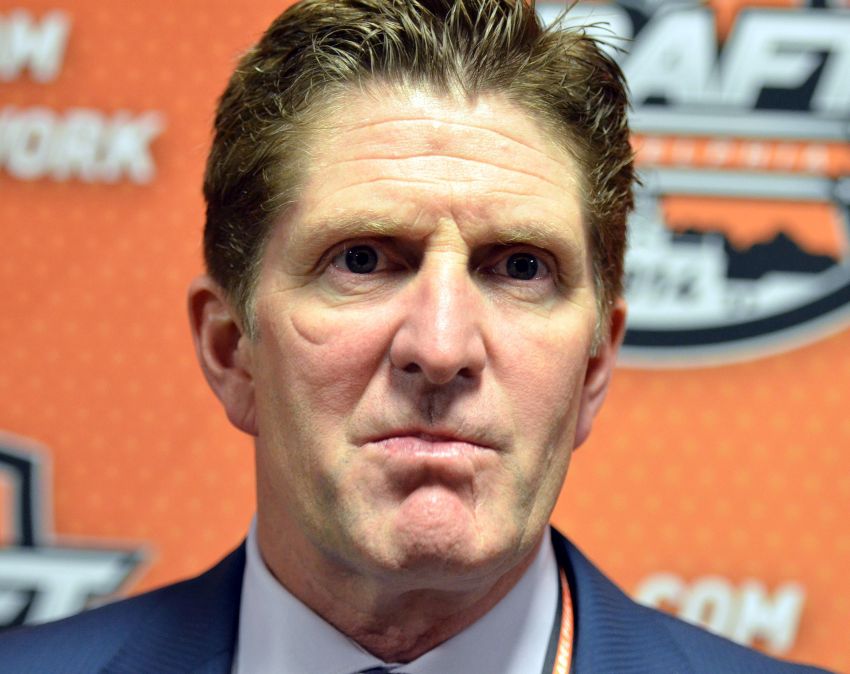 In an interview broadcast late this afternoon, Babcock, who has been granted permission by the Red Wings to shop his services before his contract expires June 30, said, “I bet you by (May) 20th I know what I’m doing.”

Babcock, who has coached Detroit since 2005, spent Sunday meeting with Sabres owners Terry and Kim Pegula and general manager Tim Murray in Buffalo before flying to the Czech Republic. He also reportedly met with the Toronto Maple Leafs.

The 52-year-old Babcock said he has more than one offer. He plans to fly home Sunday.

“This process has been interesting,” he said. “I’ll tell you, my head’s spinning.”

He added: “This has been an interesting process. I brought this on myself. I’ve learned a ton about myself.”

Babcock has been in Europe scouting with Red Wings general manager Ken Holland, who was also interviewed.