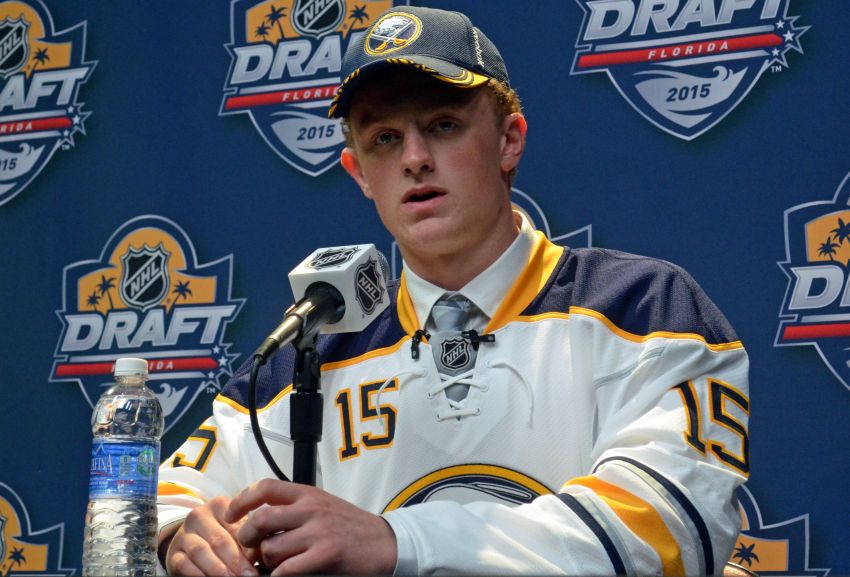 No. 15 has some significance to Jack Eichel. ©2015, Margaret Hickling, Olean Times Herald

BUFFALO – Your long wait is over, Sabres fans. Jack Eichel said this morning that “if the opportunity presented itself to make the team” next season, he would wear No. 15.

Of course, minutes after he mentioned the number, the Sabres tweeted a limited number of Eichel No. 15 jerseys will be available tonight at the First Niagara Center prior to the development camp scrimmage.

Eichel has been wearing No. 41 this week, a number that was given to him. He wore No. 9 at Boston University, a number worn by Evander Kane. Why did he pick No. 15?

He said about No. 41: “It was just a number and I’m sure I’ll get another number at training camp. Fifteen’s not my number until I make the team. I think that’s really about it.”

Expect to see plenty of Eichel jerseys in the crowd tonight. More than 13,000 tickets have been sold. 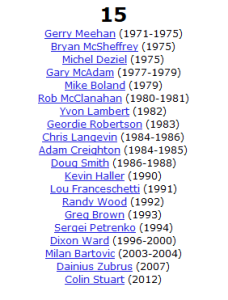