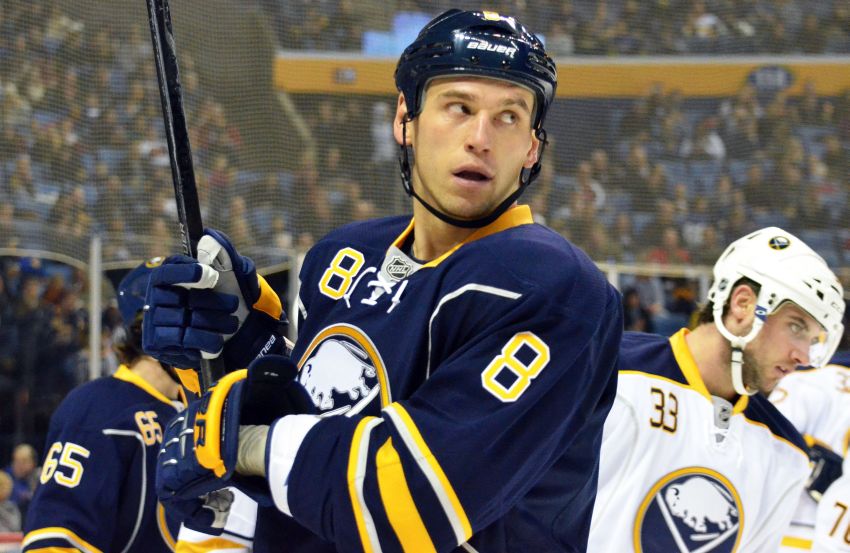 – Nathan Gerbe (spine) had his second full practice with contact today. At one point late, the 5-foot-5, 173-pound winger clipped 6-foot-8, 280-pound tough guy John Scott in the mouth with his stick as the two battled one-on-one.

“That was great. I love it,” Gerbe said about bumping with Scott. “He’s a big guy. I think he’s got over 110 pounds on me. So it’s fun. I love that stuff. I think my stick got him a little bit. I think that’s going to happen when I battle someone like that.”

Gerbe isn’t sure if he’ll be ready for Sunday’s season opener.

“I like where my body’s feeling,” he said. “But I think it’s too hard to pinpoint two days of not full game situations.”

– Forward Cody McCormick said his finger keeps responding well, although its strength must still be tested.