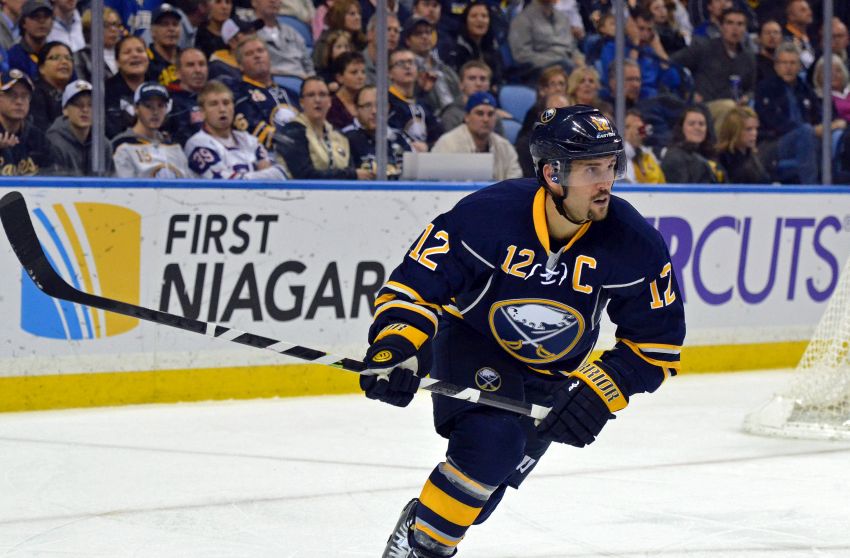 BUFFALO – The anger was evident throughout the Sabres’ tense 90-minute practice Wednesday inside the First Niagara Center.

At one point, coach Ted Nolan, whose reeling 2-8 team was demolished 4-0 in Toronto hours earlier, yelled, “Wake the (expletive) up!” Players exchanged words and shouted in frustration. Captain Brian Gionta banged his stick on the glass and demolished it on the bench.

Nolan said the “10-game grace period” he gives his team each season has ended.

Nolan’s usually mild-mannered and even-keeled. Clearly, Tuesday’s lethargic, 10-shot effort – one of the worst losses in recent memory – embarrassed him.

Sabres center Zemgus Girgensons, who’s played under Nolan more than any current player, had never seen him so angry.

“Nothing given anymore,” Girgensons said. “We got to earn it from now on. If you’re not working, you’re not playing.”

Nolan keeps saying the Sabres have a good group of guys, something he repeated Wednesday.

“The way we’re playing, guys should not be happy about it,” he said.

The Sabres won’t win much until they start scoring. They have 10 goals in 10 games, a stunning number. They’re the first NHL team since the 1936 Chicago Blackhawks to score 10 or fewer goals in the first 10 games, according to Sportsnet.

Yes, it’s been 78 years since a team began a season so anemically.

The Sabres, fresh off a franchise-low shot total, have been blanked four times in the last six games.

“A lot of us are not doing enough to get the puck in the net,” struggling Sabres winger Matt Moulson said. “We have to compete a little harder and work a lot harder to make sure we’re willing that puck in.”

The Sabres’ top threats have given them little or no offense.

“I’m quite sure once Matty gets his first one, he’ll get his second and third and go on from there,” Nolan said. “Right now, we’re all fighting the puck.”

The defense has zero goals and two assists all season.

“I think we just got to find ways to do the right thing,” Gionta said. “We’re losing too many battles, too many turnovers. We’re just not taking care of what we need to.”

The Sabres won battles Saturday in San Jose, helping them upset the Sharks 2-1.

“We’re the type of team, we have to work,” Nolan said. “If we don’t work, we’re in trouble. We’ve proven that. But if we do work, we proved it in San Jose. If we work, things could happen.”