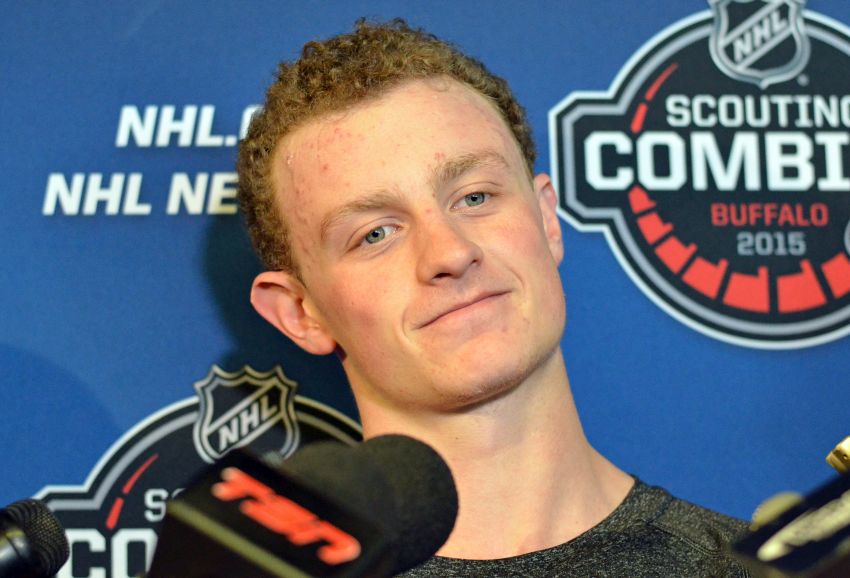 Eichel, of course, knows the Sabres will take him second overall. He just doesn’t want to get ahead of himself. The draft is still three weeks away. Right now, Eichel’s just trying to enjoy the NHL Scouting Combine and the draft process.

“Everyone around here’s pretty excited for the Sabres’ future,” Eichel said this afternoon following his fitness testing inside HarborCenter. “Everyone’s really welcoming. Nothing’s set in stone. It seems like this is where I’ll end up. People are really excited about the future.”

Eichel has been “trying to get a feel for what it would be like to play here.”

Eichel did well during today’s testing and ranks among the leaders. Check back later for more.

“It was a great experience out there with a bunch of other players, just competing,” he said. “Just like anything else, you want to do the best I can.”