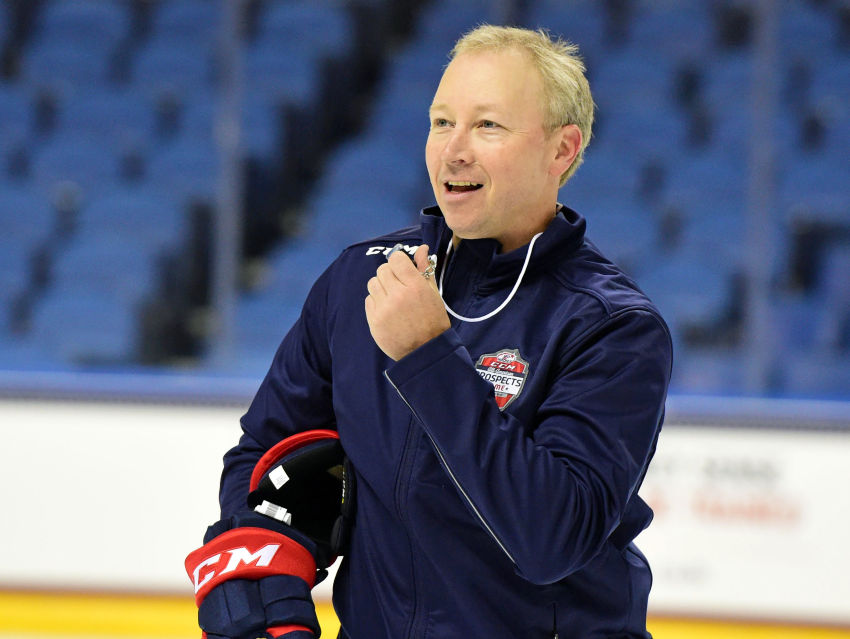 Derek Plante was back on the Buffalo ice this morning. ©2015, Dan Hickling, Olean Times Herald

BUFFALO – At home in Duluth, Minn., no one knows or cares about the goal. But when Derek Plante occasionally visits here, where he played six seasons for the Sabres, he can’t avoid talking about it.

“Everybody brings up the goal, of course,” Plante said this morning about his Game 7 first-round overtime winner against the Ottawa Senators on April 29, 1997, one of the most famous goals in Sabres history.

Plante quietly enjoyed a strong Sabres career, scoring 20 goals three times, including 1996-97, when he compiled a career-high 27 goals and a team-high 53 points for the Northeast Division champs.

But Plante, 44, will forever be remembered in these parts for the slap shot Senators goalie Ron Tugnutt couldn’t quite handle.

“It’s fun to come back here and kind of reminisce, because that was a great time for me, personally,” Plante said. “It was fun. Everybody kind of dreams of scoring the Game 7 overtime winner. It actually happened. It’s hard to believe that. A great memory for me.”

Plante, who’s back at the First Niagara Center to coach a squad in tonight’s All-American Prospects Game, sounded nostalgic talking about Buffalo.

“I come back to Buffalo with my memories of being here as a player,” he said. “I can do nothing but smile. It was a lot of fun when I was here. When I come back here, people treat me really well. It’s just fun, it’s just exciting to come back here.”

Plante’s excited for Buffalo’s future. The new downtown developments wowed him, especially HarborCenter, which stands on what used to be a parking lot. During his playing days, he wondered why the waterfront area was never developed.

“They never really took advantage of making it really nice, because anything that has water seems to take off,” he said.

Plante, now a development coach with the Chicago Blackhawks, believes the Sabres could take off soon. The former center feels a buzz building around the team, which drafted mega-prospect Jack Eichel and overhauled the roster during the offseason. 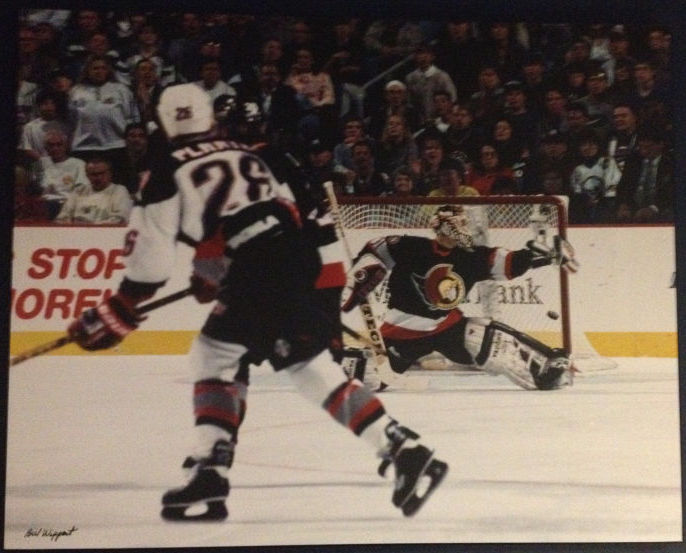