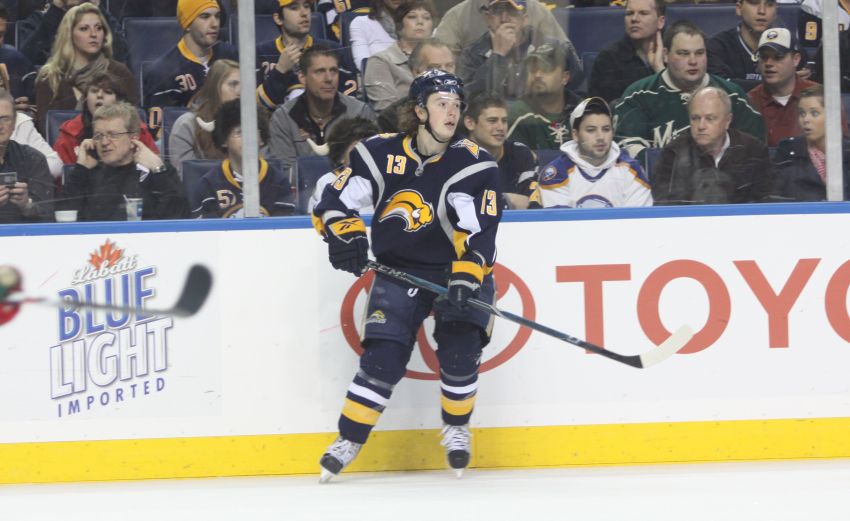 Kennedy had been dominating the AHL, compiling 13 goals and 37 points in 37 games with Worchester.

Kennedy’s NHL career famously derailed in August 2010 when the Sabres walked away from a $1 million arbitration award following his 10-goal, 26-point rookie season.

Incredibly, Kennedy’s already with his fourth NHL club, having also spent time on the New York Rangers’ roster in 2010-11.

Kennedy hasn’t recaptured whatever he had while playing 78 games three seasons ago, his only full NHL campaign.

He puts up some strong AHL numbers – 49 points two years ago and 31 in only 35 games last season – but has done little offensively in the NHL. He scored one goal and two points in 27 contests last year.

Still, the Sharks awarded him a nice opportunity Tuesday, playing him on the second line with Ryan Clowe and Logan Couture.